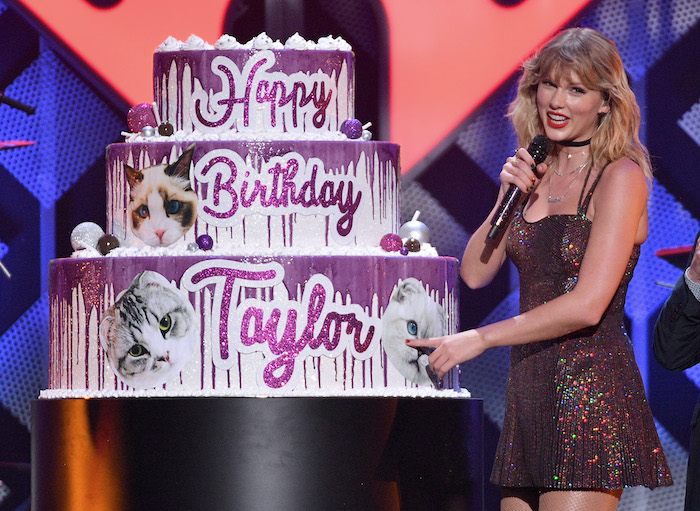 How to Cope When Taylor Swift Doesn’t Invite You to Her 30th Birthday Party (But Ryan Reynolds Goes?!)

Friends, I am upset for numerous reasons, like how we never got a sequel to Xanadu, but today we’re going to focus on the newest, most egregious act against me, personally—see, Taylor Swift had a 30th birthday party and not only was I not invited, but Ryan Reynolds was?! WTF, Tay?

Honestly spending my 30th with the fans who have made my life what it is at jingle ball, then throwing the most aggressive holiday party known to womankind… I just.. seriously feel so lucky for you all and will spend forever trying to find ways to say thank you. *cries in Christmas tree*

Yup, just look at all those people she chose to celebrate with, none of whom are me.

Happy birthday but make it santa 🎅

You won’t see me in that group shot, because I wasn’t invited. Have I stressed that enough, yet? I. Was. Not. Invited.

Fur real guys this was my cake 🎂

“How was the cake, Kate?!” you might ask. I won’t be able to answer you because I wasn’t there. Sure, I’d have liked to have been invited, and I would have enjoyed the cat cake immensely because I like cake and cats! That’s a great combination to me, and yet? Nary an invitation was sent to me. I could have gotten on a Jet Blue plane in economy class and happily shown up yesterday. I didn’t have anything going on last night! I just stayed at home, hanging out with my dog and cat, wondering what Taylor Swift was up to, and yet the call to come to her birthday party never came.

So you can imagine the salt in my wound when People.com described the people who were invited to come to her party, as … I can’t type it out. I’ll just copy and paste it to spare me the pain:

The emphasis, was of course, mine.

Yup. That’s right. Ryan Reynolds was invited and I wasn’t.

My feelings are hurt today. I mean, sure, I’ve never met Taylor Swift. We don’t know each other, but it’s nice to be included in things, isn’t it? Especially when that thing is a party that I’m not invited to.

Anyway, I suspect some of you out there weren’t invited to her party either, and I’ve put together some self-care tips to get you through this trying time.

This needs no explanation, really, but I’ll give you one anyway. If I know anything in this life it’s that it’s absolutely OK to lash out when you’re hurt, take a scorched earth policy to your feelings, which you haven’t really communicated to anyone else. That’s fine.

Stare Blankly Across an Empty Field

Now, at first glance this may seem weird. I assure you, it’s not. See, this specific action is designed to make people who encounter you as you’re staring across a blank field think “I wonder what they’re staring at? Are they OK?” which in turn will most likely inspire some people to ask you if you’re doing alright. This is exactly what you want because then you’ll be able to tell them, “No, I’m not. Taylor Swift didn’t invite me to her birthday party” and here’s the key, you mustn’t let there be a break in the next 30 minutes while you tell this kind stranger your feelings on the matter, lest they use that as an opportunity to extract them from your diatribe.

You knew this was coming, right? Yes, in your heart you know this is the only way forward. You need to throw her your own birthday party and not invite her to it, that way balance is restored yet you still get cake, and get to say you were invited to Taylor Swift’s 30th birthday party. No need to thank me for this advice, just, for the love of God, invite me to this party OK?! I’ll send you over the very specific list of food items I can only eat, I trust you will be able to source Andre’s Champagne and Totino’s pepperoni pizza rolls in anticipation of my arrival? No. I won’t be sharing.

Anyway, I hope you can cope with your lack of invite in this trying time. It is a slight I will never get over, and from now, until forever, Ryan Reynolds has an enemy in me for his participation in this party, and also for other reasons which will become increasingly clear once you read this site’s review for 6 Underground.