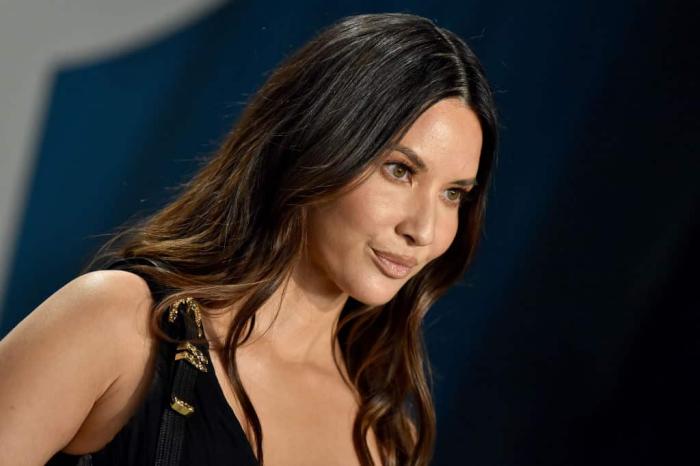 Earlier this week, People shared the first image of comedian John Mulaney with his new girlfriend, actress Olivia Munn. It was a clear photograph that showed the couple looking happy and casual. Maybe a bit too casual. This wasn’t some hastily taken pic from some passer-by’s phone and shared on DeuxMoi, nor was it a fuzzy paparazzi shot taken from the bushes. As Lainey Gossip noted, this moment of supposed spontaneity, revealed in perfect resolution and taken by a photographer well-known for his work with tabloids like People and Us Weekly, seemed like a clear set-up. ‘This is strategy,’ she wrote. ‘This is work, this is controlling the message, on your terms. I just… would rather they not pretend that they don’t participate.’

John Mulaney and Olivia Munn Step Out for a Sweet Lunch Date in L.A.: 'They Were Having a Great Time,' Says Insider https://t.co/fXo6KbCwzO

I feel the same way. I saw that image and just laughed. It reminded me of those stock images of white women laughing as they eat salad. Maybe it’s because I’m cynical and I spent a lot of my time thinking about the machinations of celebrity culture, but the Munnlaney reveal via a People ‘exclusive’ seemed to me to be an obvious playing of the game from all parties involved. I saw a lot of people online sharing the image and mocking its seeming inauthenticity. Some wondered why John Mulaney of all people would need to engage in the kind of tabloid theatrics reserved for reality TV stars or the Summer of BenAna. Really, though, it makes more sense than you’d initially think.

A huge chunk of one’s energy as a celebrity is spent trying to avoid messiness. That’s always been a semi-impossible goal given the sheer noise of the industry and surrounding fandoms and reporting. You can keep a tight leash on your narrative or brand but that doesn’t mean anyone else will. Try keeping all your drama in place when everyone has an opinion that can be amplified to millions in only a couple of hours. Still, the old and new ways can both help with a celebrity’s ultimate PR goal. Social media can do certain things that a People exclusive can’t, and vice versa.

The past year or so has been big in terms of celebrity pregnancies. Some of the biggest stars in the industry had children during the lockdown, from Katy Perry and Orlando Bloom to Joe Jonas and Sophie Turner to Rooney Mara and Joaquin Phoenix. Only a decade earlier, this baby boom would have received wall-to-wall tabloid coverage and offered some lucrative opportunities for the expectant couples. Remember the era of Suri Cruise, Shiloh Jolie-Pitt, Sean Preston Federline, and others, and how millions of dollars changed hands for the first images of the newborns. Of the fifteen most expensive photographs of celebrities ever sold, ten were exclusive images of babies. The highest price was an eye-watering $15 million for the first pics of Knox and Vivienne Jolie-Pitt (and was eventually donated to charity.) That market hasn’t been quite as flush with money in recent years, but it remains notable how, in this year of lockdown babies, not a single one of these celebrities ran to the tabloids. They didn’t need to secure exclusivity for protection. They all just posted artsy Instagram images (or, in the case of River Mara Phoenix, had their birth quietly confirmed via a non-related op-ed.) Previously, tabloid cover deals were seen as the safest option for a newborn of celebrities as a way to avoid paparazzi bartering (and make a few quid) but the game has greatly changed in this regard. I wrote about this at length before, but it’s a useful barometer of the ways in which celeb tabloids can or don’t work anymore.

But then there are times when the specific network of the traditional media can offer the blanket of security that a Notes App statement shared on Twitter can’t. The Munnlaney image and coverage reminds me a lot of a similar photograph of Michelle Williams and director Thomas Kail. Another People exclusive, the pic showed the pair holding hands and looking at each other glowingly. This was the official announcement that the pair were not only engaged but expecting a child. Clearly, the shot was prepared, but why would someone like Michelle Williams go to this trouble? She’s notably private and keeps a tight lid on her love life, even when she dated men far more famous than the guy who directed Hamilton. Was this a reveal that fans were demanding, or one that benefitted her in a specific manner?

Well, here’s where I get a wee bit speculative, but I have a point, I swear.

When Williams and Kail went public in this manner, it was assumed before that moment in time that Kail was still with his first wife. He had worked with Williams on Fosse/Verdon and, as with all Hollywood gossip, it was easy to surmise a period of possible overlap between their meeting and his marriage. We have no idea what happened here and it’s none of our business, of course, but tongues were always going to wag. But they didn’t. Not really. That People exclusive was a clean and conclusive way to announce the new romance and its seriousness without making any of the involved parties release messy or possibly contradictory statements. The matter was announced and then put to rest in the same breath. You can’t do that on Instagram.

Some celebrities are just not the type to go Twitter public or open up Instagram Live to explain themselves to the world. Can you imagine John Mulaney using social media to post couples’ selfies of himself with Munn? Something about it just doesn’t seem right, partly because he was extremely public with his ex-wife, both in his comedy routines and via her own Instagram page (and Annamarie Tendler has clearly been conveying a few messages about the break-up on her social media recently, so avoiding crossing those streams is just common sense.) We can laugh all we want at the obvious artifice of Munn and Mulaney’s ‘caught at random’ lunch date images — and let’s be clear here, they are clearly daft as all hell — but they got the job done. Right now, the rhetoric around Mulaney is very heated, thanks to that torrid force of parasocial panic, which I wrote about at length here. A lot of people have a lot of opinions on him and his current life and reacting to that is a minefield waiting to explode. For someone like Mulaney, who has utilized his personal life for his comedy and is used to keeping a tight rein on his own narrative, this seems like a period of uncertainty and complicating factors. Maybe he’s not usually the type to utilize the tools of celebrity tabloids but they also present opportunities to stay ahead of the pack that sitting out the conversation altogether won’t.

Is this a f*ckload of speculation over something that plenty of commenters have told me is unimportant and stupid? Sure, that’s my job. Mostly, I want people to see why, even in an era of downturn for the traditional media, something so seemingly frivolous as the gossip realm and the structures that keep it in place retain their use. Knowing why stuff like this happens, even if it seems utterly pointless, is useful in the right circumstances. And hey, now you’ll know what’s up when we inevitably get even more cheesy Munnlaney images. There is definitely more to this story than meets the eye.


← [Spoilers] 'The Tomorrow War' Review: Kyle Reese Did Not Die for This Crap | As One Meghan Leaves the Airwaves, Another Megyn Returns →