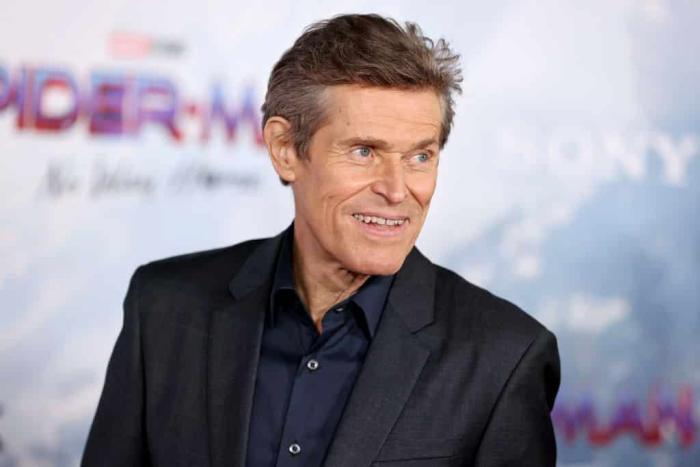 Have You Thought About Willem Dafoe's Confusingly Large Package Today?

Willem Dafoe never goes out of style. He’s one of our generation’s great character actors, a perennial supporting player who makes everything he’s in better through the sheer force of his presence. Who else could play Jesus Christ, the Green Goblin, an evil animated fox, a hard-drinking salty lighthouse keeper, and a vampire, AND still have time to strut the runway at fashion week? This man can. Remember when he didn’t win the Oscar for The Florida Project? Because that loss bloody haunts me.

There’s much to celebrate about Dafoe. His career is storied, his collaborations with friends like Abel Ferrara iconic, and his face inimitable. But did you know that he’s also packing a serious piece of equipment? One that’s so foreboding that it unsettled one of the most unnerving directors of our era? Yeah, we’re going there.

Way back in 2009, Danish director Lars von Trier was promoting Antichrist, one of his tougher-to-stomach films. While beloved by many critics and featuring a startlingly brave performance by Charlotte Gainsbourg, Antichrist is most infamous for its scenes of graphic sexuality. There’s nudity, very full-on sex, and poor Dafoe’s privates take a beating. Literally. Like, with wood and everything. No pun intended. The ever-candid von Trier, a man never known to mince his words, explained in an interview with The Boston Phoenix while they chose to use a nudity stand-in for Dafoe (spoilers for the movie, I guess. And warning for general below-the-belt discomfort):

INTERVIEWER: Hold on — You had a stand-in dick? You had to have a stand-in d*ck for Dafoe?

LVT: Yes, yes, we had to have, because Will’s own was too big.

INTERVIEWER: Too big to fit in the screen?

LVT: (laughs) No, too big because everybody got very confused when they saw it.

INTERVIEWER: People would get intimidated. Especially when he starts-

LVT: Especially when he-

INTERVIEWER: When he ejaculates blood, that was uh-

LVT: Oh yeah, yeah. That was the double.

I’m trying to imagine the moment where Lars Von Trier, the guy who made Dogville and Dancer in the Dark, one of modern cinema’s most notorious nihilists and general abusive sh*tbags, watching Willem Dafoe drop his trousers, freaking out, then calling for the more moderately sized double. How big are we talking here, honey? It’s extremely impolite to ask, I know, but at what point does a c*ck become ‘confusingly large’?

I mean, I get it? Is it OK to say that? Because I totally do.

Please enjoy this Esquire shoot that will make you think things about Willem Dafoe. pic.twitter.com/VC4bcevVOC