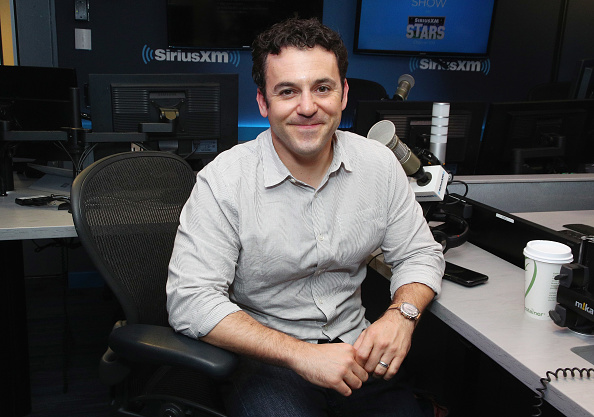 Back in May, Fred Savage was fired from The Wonder Years reboot. The details at the time were vague, but most rumors seemed to point to angry, asshole-ish behavior toward members of the crew, something he had been accused of in the past.

The Hollywood Reporter, however, has spoken with a number of sources on the production of The Wonder Years, and as it turns out, it was much worse than the rumors at the time suggested. Yes, Savage could be an angry asshole to below-the-line employees on the set while being incredibly charming to the cast members — his demeanor could flip on a dime, sources say — but it went much deeper than mistreating crew members.

Savage also developed uncomfortable relationships with women on the set, including one woman much younger than him, and he was fired after a number of women complained about his behavior toward them and the unseemly behavior he displayed toward this particular young woman.

[One] crewmember acknowledges she had been uneasy about the “strangeness” of Savage’s relationship with one much younger woman working on the crew. (Savage is 46 years old and married with three children.)

This source wasn’t the only one who had become concerned. Others say at one point the young woman moved into the house Savage occupied in the artsy Cabbagetown neighborhood of Atlanta, where The Wonder Years was filming. An associate says she shared that he was buying her gifts and talking about what they would do together in the future.

… Sources say she shared that she was sometimes fearful of him when he was angry. He was “extremely controlling of her daily behaviors,” says one associate who observed their interactions. “He was manipulative and erratic.” Another crewmember says she tried to shield the younger woman from Savage, at which point “he proceeded to verbally harass me and belittle me.” This woman says she found Savage “scary” because “when he pulled me aside multiple times when he was verbally harassing me, his eyes would go dead,” but then “he flips a switch and he’s Fred Savage.”

The crewmembers who had become uneasy observing the interaction between Savage and the young woman say that ultimately, she seemed to be transformed by her interactions with Savage — no longer the bubbly person that she had been.

His behavior toward this much younger woman prompted several crew members to complain, which ultimately led to his dismissal.

Savage also developed a close relationship with another woman in her 30s, who spoke on the record. She said their relationship was initially “very platonic,” although he also bought her expensive gifts (that she declined). He lavished attention on her, met her parents, and helped her with her career. After this woman was fired — apparently not at Savage’s direction — she met up with the crew for drinks. Savage was buying shots for everyone.

At one point, she went to the restroom. As she was walking out of the stall, Savage entered. “I started laughing, like, `What are you doing? This is a women’s bathroom,’” she says. She says he approached her with “just like, dead eyes” and pushed her against a wall. “I said, `Please, don’t do this.’ I meant ruining the friendship. I was pleading, not from fear so much, but this was no going back.”

After she rejected his encounter, Savage left with the much younger woman described above. Weeks later, he called and left a voicemail, apologizing for acting like “a huge asshole.”

“Since I was 6 years old, I have worked on hundreds of sets with thousands of people, and have always strived to contribute to an inclusive, safe and supportive work environment,” Fred Savage said in response to the allegations. “It is devastating to learn that there are co-workers who feel I have fallen short of these goals. While there are some incidents being reported that absolutely did not and could not have happened, any one person who feels hurt or offended by my actions is one person too many. I will work to address and change any behavior that has negatively affected anyone, as nothing in this world is more important to me than being a supportive co-worker, friend, husband, father and person.”

← Not Everything Is a Witch Hunt, Donald Trump | Various Actresses Speak Up After Sean Bean Derides Need for Intimacy Coordinators on Set →