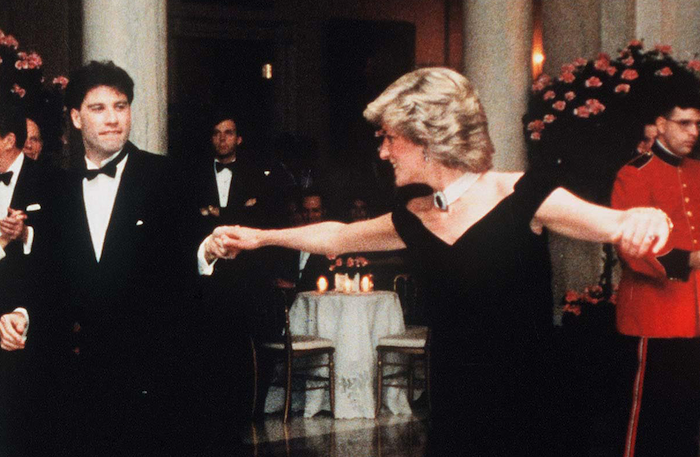 Elton John Says: Stallone and Richard Gere Once Fought Over Princess Diana. Neither are John Travolta.

I grew up in a Princess Diana household. My mother loved her, or probably more to the point, loved reading about her, so there is a soft place in my heart for the People’s Princess, forever.

Richard Gere and Sylvester Stallone once felt the same way because according to Elton John in his new memoir, they fought over her and almost came to blows at a dinner party he hosted one night. Per People:

The legendary singer, 72, writes that the London dinner party was held for former Walt Disney Studios chairman Jeffrey Katzenberg while John was working on music for the 1994 film The Lion King.

“Straight away, Richard Gere and Diana seemed very taken with each other,” writes John, explaining that at the time, Diana was separated from Prince Charles and Gere, now 70, had ended his relationship with Cindy Crawford.

If that isn’t the most ’90s excerpt to ever ’90s I don’t know what is. It’s like it came with its own plaid flannel, tied around its waist or something. Don’t worry, there’s more.

“As the rest of us chatted, I couldn’t help notice a strange atmosphere in the room. Judging by the kind of looks he kept shooting them, Diana and Richard Gere’s newly blossoming friendship was not going down well with Sylvester Stallone at all,” he adds. “I think he may have turned up to the party with the express intention of picking Diana up, only to find his plans for the evening ruined.”

When it was time for dinner, John remembers that the group noticed that both Gere and Stallone, 73, were absent, and that his now-husband David Furnish discovered them “squaring up to each other, apparently about to settle their differences over Diana by having a fist-fight.”

So, obviously my money is on Stallone in this, if it comes to blows (especially if they decide to arm wrestle to settle the score) but it never came to that, as Furnish was able to stop the fight before it started, alas and alack. Booooo, Furnish! Let them fight!

If you’re wondering how this all ended for the parties involved, People offers up some sense of closure

“After dinner, Diana and Richard Gere resumed their position together in front of the fire, and Sylvester stormed off home,” John writes, adding that the actor yelled that he “never would have come” if he knew “Prince f—n’ Charming was gonna be here.’ “

OK, here’s where I take issue with this, as someone who was not there and knows no parties involved. Everyone knows that Diana’s “Prince f—n’ Charming” was none other than John Travolta. It is known.

Just look at them dance and try to deny that to me. You can’t.

By the time this anecdote rolled around, Travolta was married to Kelly Preston so unfortunately, he was not an option, but come on now! We all know who really would have won that night had he been there, and it wouldn’t’ have been the once and future star of Dr. T and the Women. Gere was just a placeholder.

Personally, I have a feeling that Princess Diana just didn’t understand the true genius of Over the Top (or perhaps it escaped her notice) or else she might have given the director of Staying Alive (which starred John Travolta, I might add) more of a chance, if only to talk to him about working with Travolta. Or maybe she had some pointers for Gere over how he chose to do his role in Pretty Woman. There are endless possibilities here, but I know one thing for sure, which I’ll state again. Had Travolta been there single and ready to mingle? Neither of those dudes would have stood a chance.