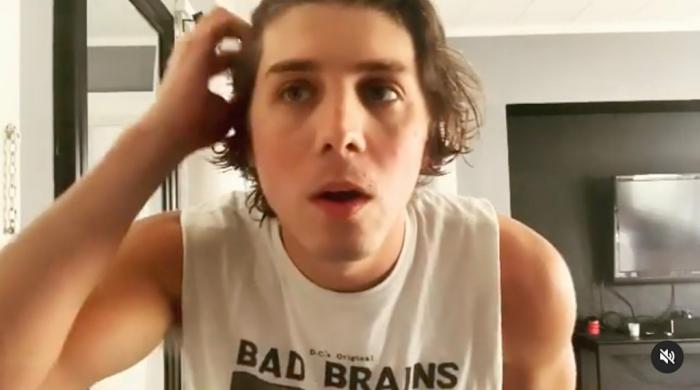 TV director Tristram Shapeero was forced to apologize after being caught trash-talking an actor’s ‘tiny apartment’ during a Zoom meeting. Lukas Gage, best known for HBO’s Euphoria, shared the awkward moment on Twitter, wherein the then-unnamed director could be heard saying, ‘These poor people live in these tiny apartments. Like I’m looking at his, you know, background and he’s got his TV…’ Gage then interjected to say, ‘I know it’s a [rubbish] apartment that’s why [you should] give me this job so I can get a better one.’ The director then groveled in apology, but Gage knew the damage was done.

psa if youre a shit talking director make sure to mute ur shit on zoom mtgings pic.twitter.com/PTgMZcRhEw

He did not reveal who the offending director was, but it didn’t take long for internet detectives to put the pieces together.

Shapeero took to Deadline to give his apology, because of course Deadline took this. They’re step one for sh*tty men in Hollywood to kick off their non-apology tours. He wrote an open letter, because of course he did. It’s about as half-assed as you’re expecting it to be. Here’s a few choice moments:

‘First and foremost I offer Mr. Gage a sincere and unvarnished apology for my offensive words, my unprofessional behavior during the audition and for not giving him the focus and attention he deserved. My job is to evaluate performers against the part I am trying to cast. Lukas deserved better.

This Zoom audition took place in August, after four months of lockdown. A number of my co-workers were also on the auditions which happened over several days. It was emotional to see actors work so hard to win the few parts available and we were deeply moved by the passion of these young people under the extraordinary circumstances.

I was using the word ‘poor’ in the sense of deserving sympathy, as opposed to any economic judgment. My words were being spoken from a genuine place of appreciation for what the actors were having to endure, stuck in confined spaces, finding it within themselves to give a role-winning performance under these conditions.’

Uh-huh, sure. OK. I buy that. Super humble. Much sad. I know you can’t judge everything by tone, but Shapeero certainly doesn’t sound sympathetic towards Gage in that clip. Really, he sounds like a d**k. You’d think that a guy who is bragging about his 30+ years in the industry, directing stuff like Brass Eye, Community, and The Good Place would know that working actors seldom live lavishly.

Also, so not the point here, but Gage’s apartment looks pretty nice? I can’t imagine what Shapeero would think of my home, or that of any working-class British actor. Maybe that’s why he works in America now. He couldn’t deal with all the poor people clogging up his business. Credit to Gage for handling it so well. I would have immediately started crying.