What Does 'Patty' Mean For The Series Finale Of 'The Good Place'? (Also, Hidden Jokes and Such)

I’m not ready for this.

With one (hour-long) episode left next week, The Good Place is hurtling toward its conclusion, and this week’s episode (“Patty”) was fun and light, even as they introduced a problem that could have driven an entire season, namely: what do you do if The Good Place is actually bad? After all, with an eternity to do whatever you what, don’t you run out of things to want? Isn’t happiness relative?

The solution was deceptively simple: give people the option to leave, and now those who stay are doing so knowing that things can still end, when they’re ready, giving off some serious San Junipero vibes. And so, as Michael first said (and as Eleanor reminds him here): Everything is fine.

Now then, why I’m not ready: now that Chekov’s door has been established, it’s almost guaranteed that we’re headed for the best/worst series finale this side of Six Feet Under, because you know that door is going to murder us in our emotions next week.

Anyway. We’ve got a week to get ourselves ready for that. But now, let’s me get back to what I’m good at: trying to decipher the hidden jokes crammed into a few pixels on the screen: 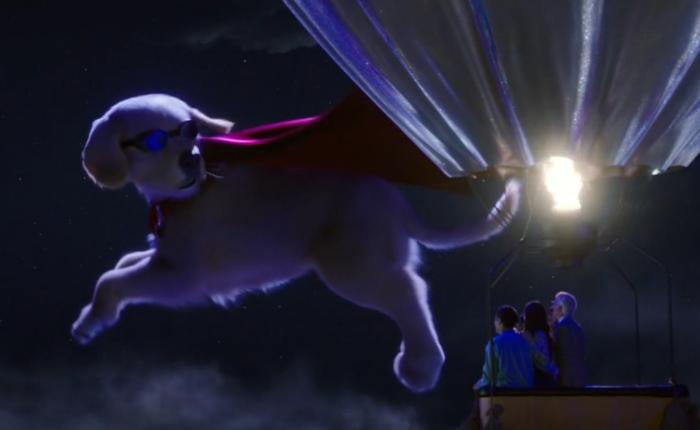 Besides being an appropriately adorable visual, the flying puppy seems like a good-version callback to the time Michael kicked a puppy into the sun (even if he does wonder why he never thought of implementing flying puppies himself).

Unfortunately the welcome lobby is full of joke snacks/treats in the background that we never get to see clearly, although the ones we do glimpse are pretty great: 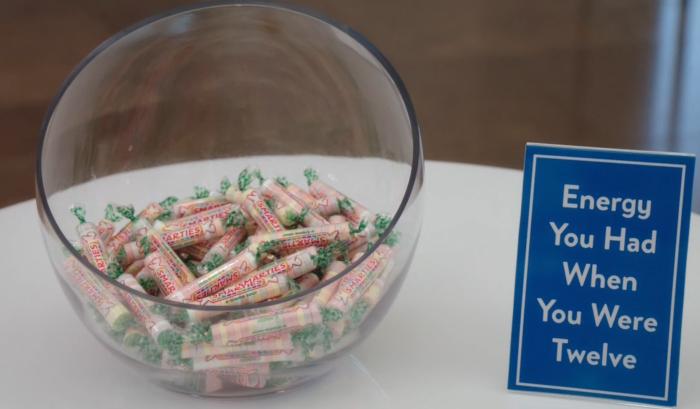 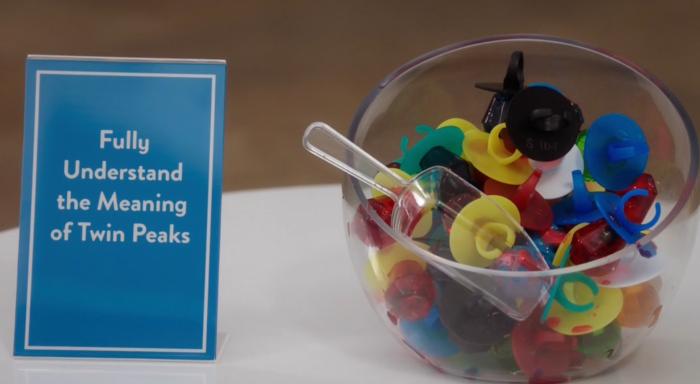 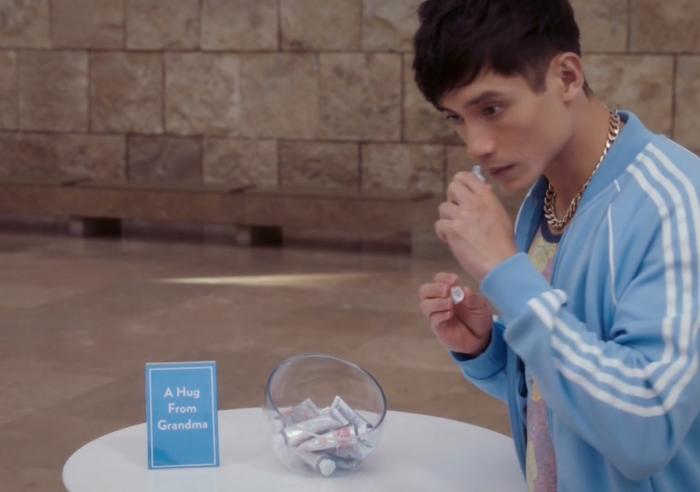 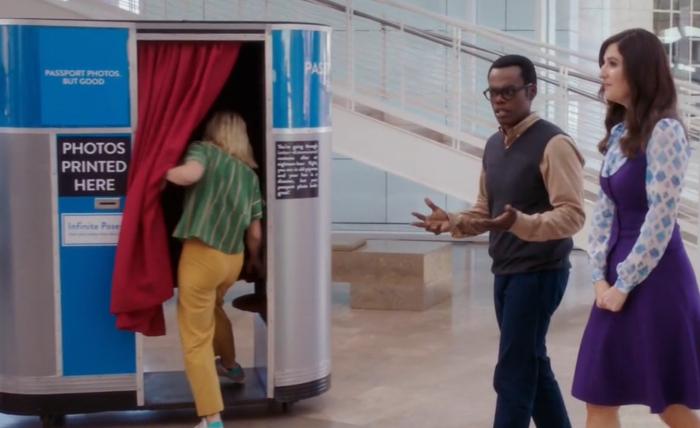 The “Passport Photos, But Good” booth was tough, but here’s what that fuzzy sign reads:

“You’re going through inter-dimensional customs after an eighteen-hour flight, you are in old pajamas and your hair is a disaster, but your passport photo looks great!”

I should have known that things would go wrong because this party is photohunt heaven in its abundance… which makes it photohunt hell.

I’ll be honest: there’s too much here to catalogue without taking dozens of screenshots, but the art department looks like they emptied out the storage unit and put everything back on the show. But this party had everything! Shrimp dispenser. Skinny Girl margarita mix. Paintings of Tahani. A Scorpi-oties visor. Guys in mailman outfits reading philosophy! It was so much.

WAYS TO FIX THE GOOD PLACE? 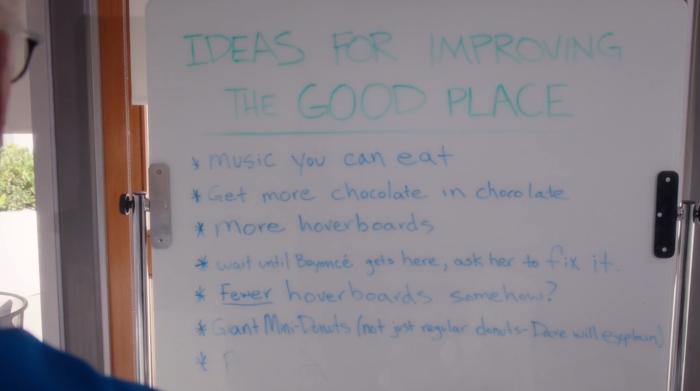 Once Michael is sworn in as the new head of The Good Place, he finds the work that preceded him… isn’t great, although number four (wait until Beyonce gets here, ask her to fix it) seems reasonable.

Proof that it’s the actual Good Place: Michael gives Jason a Stupid Nick’s Wing Dump to live in, which was his dream (my favorite bit: the horribly spelled graffiti on the far right, proclaiming that Lynyrd Skynyrd High School rules!).

One episode left. I’ll see you all next week.

← A Shaky, But Ripped Kumail Nanjiani Eats His First Bite of Pizza in Over a Year | A Pajiba Investigation: Is Diplo a Dirtbag or a F*ckboi? →