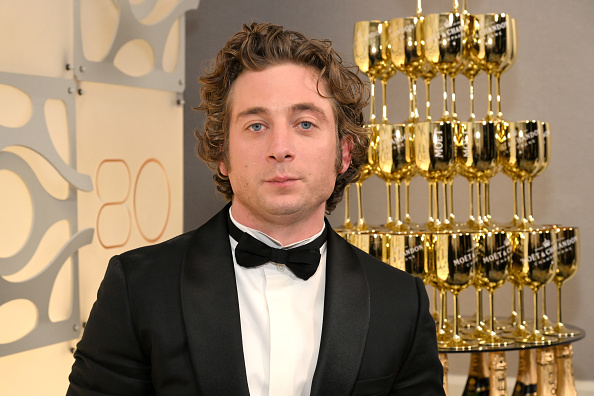 Dakota Johnson Is the Godmother of Jeremy Allen White's Children

The thing about awards ceremonies like the Oscars or the Golden Globes is that they dominate the news the next day, which is great for a few hours. But they also wipe out all the other news, and so even after you’ve written everything there is to write about them, you have to find something else to write about because I’m probably the only one that cares about the Will Gluck (Easy A) rom-com with Glen Powell and Sydney Sweeney.

All of this brings me to this photo: 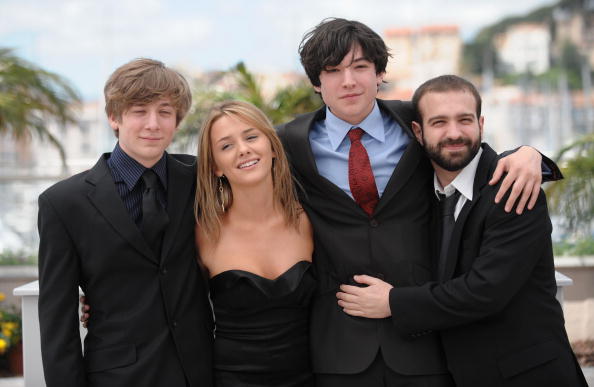 That is Jeremy Allen White, Ezra Miller, Addison Timlin, and Staircase director Antonio Campos (the HBO version). They are adorably scruffy! It was for a 2008 film that Campos directed called Afterschool, a film that preceded both We Need to Talk About Kevin for Ezra Miller and Shameless for White.

This picture is important because, if you watched Jeremy Allen White’s speech during the Golden Globes last night (the first major award he has ever won), you might have noticed he ended his speech by thanking Addison Timlin. Timlin is his wife. The two went to high school together but didn’t actually start dating until Afterschool in 2008, which means they have been together for 15 years.

However, they did not get married until 2019, before their first child’s birthday. Guess who attended their small, intimate wedding? Timlin’s best friend, Dakota Johnson, and Johnson’s boyfriend, Chris Martin. I do not know the initial connection between Johnson and Timlin — there are pictures of the two together dating back several years — but they are very close, close enough that Johnson is the godmother of her children.

Both Dakota and Addison are also close friends with actor Blake Lee, which might be the connective tissue.

Blake Lee is married to Ben Lewis, who was Other Scott in Scott Pilgrim vs. the World. He is also best friends with Tatiana Maslany, if you want to know how far afield this post has gone since Ezra Miller and Jeremy Allen White.

The only other connective tissue I can find between Dakota Johnson and Addison Timlin is Anton Yelchin. Timlin starred in Odd Thomas, a film with Anton Yelchin, and became good friends with him, and Yelchin next starred in a film with Dakota Johnson, Cymbeline. It’s possible he’s the glue that brought these two together, which allowed me to somehow connect Jeremy Allen White to Tatiana Maslany.