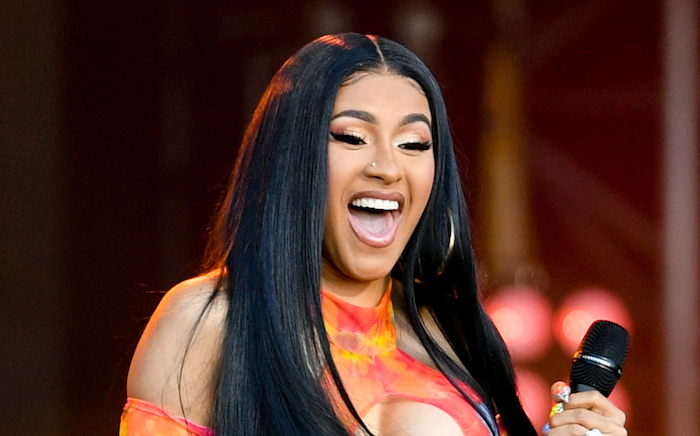 Cardi B is Talking Minimum Wage with Bernie Sanders

One of the more endearing things about Cardi B is that she’s really into presidential history, a fact that was revealed in Caity Wever’s GQ profile on her last year:

“I love political science,” says Cardi, tucking into: Brussels sprouts with bacon, mashed potatoes with lobster, macaroni and cheese with optional truffle upgrade, shrimp cocktail with lemon and salt on the side, and a Coke with extra ice. We know the West Hollywood restaurant Cardi selected for dinner is good because, a member of her team explained earlier, Drake ate here last night. “I love government. I’m obsessed with presidents. I’m obsessed to know how the system works.

So it should come as no surprise to anyone that she’s taking this current presidential cycle seriously—so seriously that she asked her social media followers to let her know what subjects they’d like her to address with the candidates, because why the hell not? If Cardi B gets access and wants to use it for the common good to get her followers some answers, that basically tracks with the current timeline we’re in.

Anyway, Cardi sat down with Bernie Sanders to get his thoughts on the subject that was overwhelmingly the most popular, minimum wage:

So I know this is long over due but here it is ! A couple of weeks ago I asked my followers if you all had the chance to ask a Democratic candidate a question, what would that question be? The topic that was mentioned the most by all of you was about raising MINIMUM WAGE. I got the chance to ask @berniesanders about this, and these are his answers. Keep sending your questions, we will be addressing more of these soon!

Per People, which transcribed the video for us, which was very thoughtful of them:

In the clip, Cardi asks the Vermont senator, 77, about how will he fix the wide-spread issue of low wages in America.

“Like, for example me, as a New Yorker — not now, but you know, when I was not famous — I just felt like no matter how many jobs I get, I wasn’t able to make ends meet,” she said. “Like, I wasn’t able to pay my rent, get transportation and eat,” she shared.

Sanders agreed that low wages are a huge issue, adding that “tens of millions of people” are earning what he considers to be “starvation wages.”

Ideologies on this particular candidate aside, getting a message, any message, about political engagement leading up to one of the most important elections we’ll see in our lifetime (if we’re lucky, that is) is a good thing. That goes doubly if it’s an issue that a large number of people care about and are impacted by, which minimum wage clearly is.

No word on whether any other Democratic candidates will sit down with Cardi (I would very much like to see Elizabeth Warren do it, for some reason), but she did have this message for the world, earlier in the week:

I know this discussion is a lil late but how ya was coming at me all crazy for eating eggs with ketchup but ya eat omelette with tomatoes .