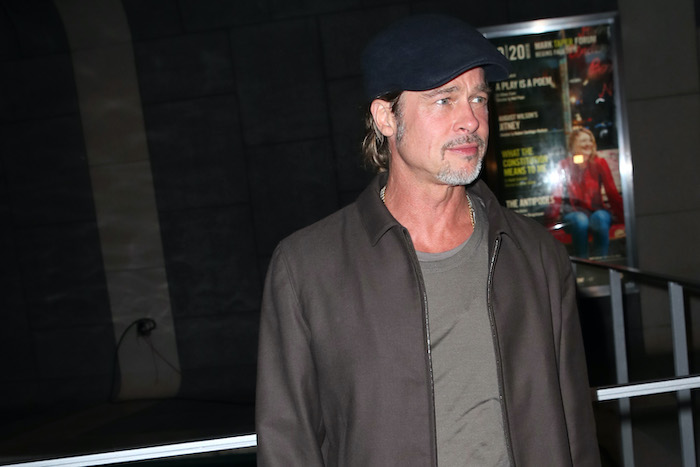 Brad Pitt’s Leaked Xmas Plans With His Kids Are Definitely NOT a Dig at Angelina Jolie, Right?

Friends, the Holidays are a fraught time. I don’t say this because I personally use this time of year to pick fights, overindulge in eggnog, and then call up exes crying about some perceived slight. I mean, I do that year-round, so it’s business as usual for me. However, there’s nothing quite like the Holidays to let you know how badly some of your relationships are damaged, and I imagine that goes double when said relationships are with your children.

So it was with some tinge of sadness that I read Brad Pitt’s Christmas plans, which were widely reported over the past few days. See, only three of his six children have plans to spend any time with him over the Holidays, a period which also includes his 56th birthday. However, since the call wasn’t coming from inside the house (by that I mean People.com isn’t touching this story with a ten-foot pole, yet) I decided to go straight to the original source of this bit of news, ET Online. When I did, well, it came off a little different.

Shiloh, 13, and 11-year-old twins Knox and Vivienne are scheduled to be with Pitt on his birthday, according to the source, who adds that the same children will be with the actor at his Los Angeles area home on Christmas Eve day.

ET’s source would not say why Maddox, 18, Pax, 16, and Zahara, 14, are not expected to spend the holiday with their father, but noted that all are always welcome at Pitt’s home. The source says that all six children will be with Jolie on Christmas Day.

So…the “source” is definitely not Brad Pitt, right? Because that would be a lot, like, a lot a lot, to name and shame the three children (one of whom is technically an adult now!) for not making any plans to spend the Holiday season with him. That’s not at all a form of manipulation, and possibly indicative of why they wouldn’t want to spend time with him in the first place, right? Right?!

I don’t understand this play, friends. What’s the point of going public that three of your six kids want nothing to do with you? I mean, sure, you may think it tells the world that your bitch of an ex-wife has poisoned them against you, but…bro. That’s not how it comes across. It comes across that half of your kids f*cking hate you and you demonstrate why, by doing this. It’s probably not a coincidence that the three youngest children are the ones spending time with him, and I don’t think it has anything to do with biological vs. adopted. Give it time, Brad. Pretty sure all your kids will go the way of the eldest if you don’t drop this bullshit, my man.

← Michelle Williams Knows She's 'Not Everybody's Favorite' and It's Fine, She 'Still Got Paid' | Emily Gordon Low-Key Assuages Our Concerns that Kumail Nanjiani Will Not Become the Next Chris Pratt →