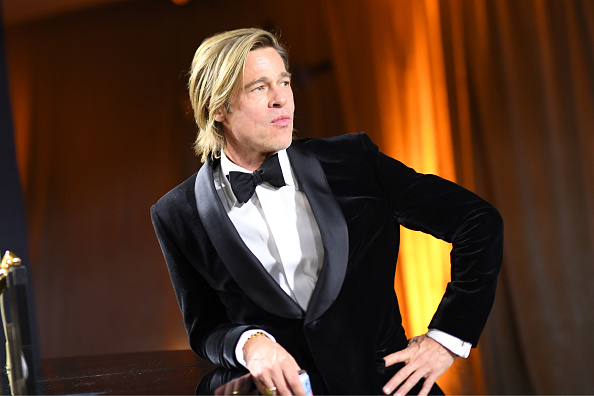 Before Courtney Enlow — and later Kayleigh Donaldson — started writing for us, I didn’t completely grasp the intricacies of celebrity gossip. Whenever a publication cited a “source,” I just assumed it was some rando cousin or an unrelated partygoer or maybe a domestic worker dishing for cash. After reading a lot of Courtney and Kayleigh’s pieces, I realized what was obvious to others: These “sources” are actually representatives for the celebrities and the reps fight proxy wars in the media on behalf of their clients. I get it now. I can read between the lines.

To wit: Brad Pitt has a very good publicist, and you can tell by the way that the newly released FBI report is covered in a publication that is friendly to Pitt (say, People) versus the way it is covered in a publication that is not particularly friendly to Pitt (say, Page Six). You read People and some other gossip magazines, and it’s all, “This is old news. We went over this six years ago. No charges were filed. No one even considered bringing charges. Why is this even being brought up now?”

But if you read another publication covering the same story, there are actual photos of bruises, reports that a drunken Pitt “grabbed her by her head,” “grabbed her by the shoulders,” shook her, pushed her into the bathroom wall, and yelled at her, “You’re f-king up this family” while the kids were crying and trying to protect their mother from the drunk man who poured beer on his wife.

According to Jolie, that comment prompted one of their children to retaliate: “It’s not her, it’s you, you p—k,” which she said enraged Pitt. The actress then alleged that she saw him run toward one of the children “like he was going to attack,” at which point she said she got Pitt into a chokehold that he tried to break by throwing himself back and pushing her into the chairs behind them …

… During the fight, Jolie also claimed that Pitt had said of one of their children “looks like a f—ing Columbine kid,” as we reported.

Pitt, however, has played the game masterfully in the years since with well-placed puff pieces about his sobriety, his painting, meditation, his perfect Oscar campaign, his rekindled friendship with Jennifer Aniston, and his preference for room temperature water over cold (remember that Pajiba debate?)

Couples have arguments. Couples fight over parenting. Couples typically do not have the FBI called in after the drunk husband causes $25,000 damage to a private jet.

Meanwhile, you’d think from some headlines today that Brad Pitt’s Make-It-Right Foundation had settled with post-Katrina homeowners for $20.5 million out of the goodness of Pitt’s heart. “Hopefully this agreement will allow everyone to look ahead to other opportunities to continue to strengthen this proud community,” said Brad Pitt, quoted in the subhead for the People magazine piece.

Y’all: Brad Pitt sold sh*tty homes that immediately began to fall apart to post-Katrina homeowners, some of whom put their life savings into these homes. And they were bad houses plagued by mold, electrical fires, and unclean water.

That was in 2006. Homeowners only sued Pitt’s foundation in 2018 after the foundation completely ignored complaints and ghosted them.

“I am incredibly grateful for Global Green’s willingness to step up and provide this important support for the Lower Ninth families,” Pitt said in a statement. “We collaborated in the early days post-Katrina and we are very fortunate to have Global Green’s generous continuing commitment to help address the challenges around these homes and others in need.”

Dude, you sold them sh*tty substandard housing, and no one is “stepping up” here. You’re settling a $20 million lawsuit because you have to, because you sold these people 109 homes that began to fall apart immediately after homeowners moved in. “Continuing commitment,” my ass. They’ve been living in moldy, crap houses for 14 years because they couldn’t afford to leave, and you and your foundation abandoned them.


← Is Demi Lovato's New Single About Wilmer Valderrama? | You Will Now Know What A Ghost Orgasm Sounds Like Thanks To Conan O'Brien →