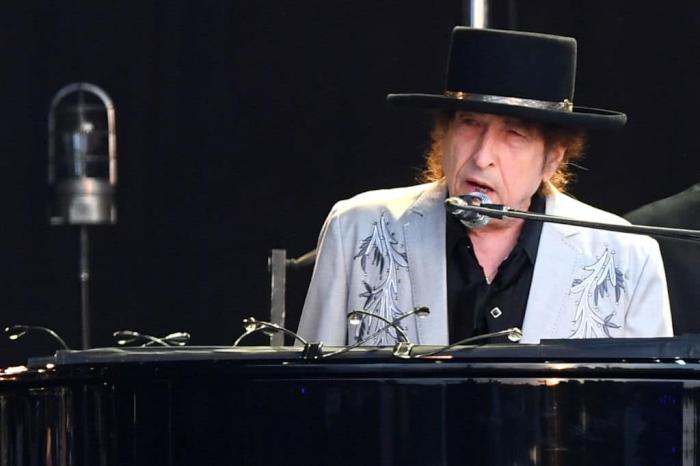 Bob Dylan issued a rare public statement and apology over the weekend. The guy who didn’t bother to pick up his own Nobel Prize typically doesn’t have the time or inclination to deal with the rest of the world. It’s a glorious privilege allotted only to living legends and the most hardened of recluses. But now, Dylan has taken to Facebook to apologize for not signing his own books and artworks.

Since 2019, Dylan has used an autopen to sign things, including books sold as ‘hand-signed’ editions by his publisher, Simon & Schuster. Limited editions of his newest book, The Philosophy of Modern Song, sold for about $600, with the promise of his autograph. Once fans realized that the signatures were all identical in a way that handwriting seldom is, Simon & Schuster initially refused requests for refunds. Now, Dylan is responding.

‘I’ve hand-signed each and every art print over the years, and there’s never been a problem. However, in 2019 I had a bad case of vertigo and it continued into the pandemic years. It takes a crew of five working in close quarters with me to help enable these signing sessions, and we could not find a safe and workable way to complete what I needed to do while the virus was raging.

So, during the pandemic, it was impossible to sign anything and the vertigo didn’t help. With contractual deadlines looming, the idea of using an auto-pen was suggested to me, along with the assurance that this kind of thing is done ‘all the time’ in the art and literary worlds. Using a machine was an error in judgment and I want to rectify it immediately. I’m working with Simon & Schuster and my gallery partners to do just that.’

Buyers who own a machine-signed print of his artwork will be offered a refund and will be asked to ‘exchange the current certificate of authenticity for one reflecting the autopen signature.’

Autopen signatures are nothing new, and they’ve become more commonplace for authors who are expected to sign thousands upon thousands of books before release. Writing is not considered an especially strenuous activity, but I dare even the hardiest of us to try and write our names over and over again for ten thousand pre-orders. Many authors have talked candidly about the strain to their hands that this part of their job can cause. We still put a lot of pressure on authors to adhere to this standard, even as their bodies give up. Romance author Katee Robert faced unnecessary pushback from some readers when she talked about using a hand stamp to sign seven thousand sheets for a Bookish Box subscription package. Her disability means that she simply cannot do that much signing, and pressures from publishers and the like to do thousands of sheets in a limited amount of time did not help her health. It must suck for Dylan, a man who is now 81 and dealing with vertigo.

We could be here for days discussing the concept of authenticity from artists and the value we place on it, but it does seem unfair for a publisher to demand $600 for anything because of the promise of a ‘real’ signature. If this is the way they want to grab more money from fans, at the cost of Dylan’s own wellbeing, that’s got to be called out. Perhaps we as readers should also think more about why we demand such things from creatives. But also come on, $600?! For that money, I’d want to wear Dylan’s Nobel Prize for a few hours while he serenaded me to sleep.


← Elon Musk Posted an Image of His Sad Bedside Table and Twitter Has Jokes | 'What Scandal is Currently Happening in Your Area That the General Public Might Not Know About?' →