Bill Cosby Denied Parole Because He Is a Terrible Human Being

Bill Cosby isn’t getting out of prison any time soon, folks. And the best part is, it’s his own fault. 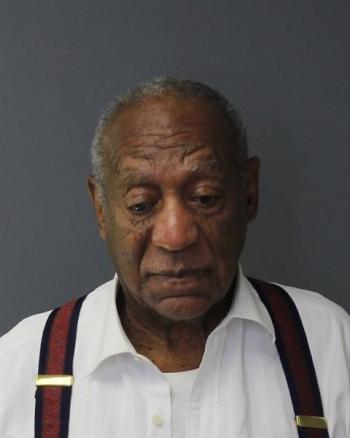 The famed “family-friendly” comedian, actor, and rapist was denied release by the Pennsylvania Parole Board on May 11. Cosby is currently serving 3-10 years for drugging and sexually assaulting a Temple University women’s basketball team employee in 2004. This is far from Cosby’s only crime; 60 women have accused him of assault over the years, and for many of them his criminal behavior followed a very familiar pattern: he used his amiable public persona to get them alone, to offer them emotional or professional support, and he would then either offer them something to “help them relax” or slip something into a drink before assaulting them. Cosby even admitted to plying women with illegal drugs to get them into bed. After sentencing, it was reported that Bill’s having a great time in prison, treated like the celebrity he once was by both prisoners and staff as he leans into the manipulative bullshit he for decades used on women.

I suppose it’s good Cosby’s enjoying himself because his ass isn’t going anywhere. Parole was denied on multiple grounds, including a lack of a parole release plan and a “negative recommendation by the Department of Corrections.” Even better, he’s staying in prison because he refused to participate in Sexually Violent Predator courses intended to correct his future behavior. According to Cosby’s publicist Andrew Wyatt (who also thinks Harvey Weinstein got a bum rap), Cosby refuses to do so out of principle, as he maintains his innocence.

I don’t know about you but my plan, should I end up in prison, is to get out ASAGDMFP. Whether I have to take rehabilitation classes or perform Milton Berle’s version of The Entertainer wearing nothing but a jockstrap and feather boa, I’ll be first in line. Refusing to reform is a symptom of Cosby’s arrogance that’s been on display since the first accusations emerged. He still insists he did nothing wrong despite drugging women for sex. I suspect he even believes it. An 83-year-old man who spent decades getting exactly what he wanted through the cult of personality and personal wealth isn’t likely to change, but one would think the promise of freedom might do it. But so long as Cosby’s stubbornness keeps him right where he belongs, I’ve got no complaints.