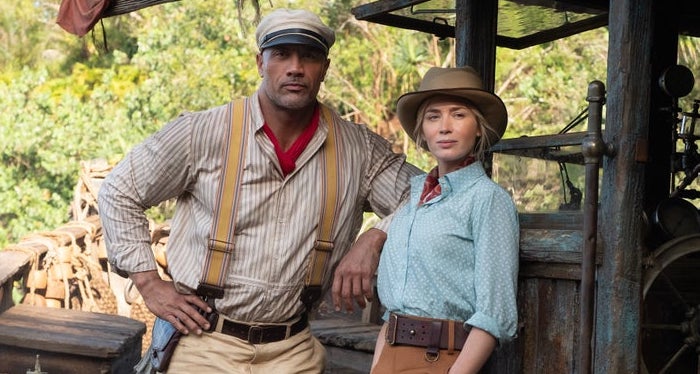 Maybe you’ve caught the promos for Chloé Zhao’s Eternals, Chris Pratt’s The Tomorrow War, Edgar Wright’s Last Night in SOHO, and M. Night Shyamalan is Up to His Old. Still, there have been plenty more titillating trailers that dropped this week. So, whether you’re craving creepy stories, gangster drama, touching documentaries, or kooky comedies, we’ve got you covered with this round-up.

Caveat: On Shudder on June 3.

Synopsis: “Lone drifter Isaac accepts a job to look after his landlord’s niece, Olga, for a few days in an isolated house on a remote island. It seems like easy money, but there’s a catch: he must wear a leather harness and chain that restricts his movements to certain rooms. Once Olga’s uncle, Barrett leaves the two of them alone, a game of cat and mouse ensues as Olga displays increasingly erratic behavior as a trapped Isaac makes a series of horrific discoveries in the house. Directed by Damien Mc Carthy. Starring Jonathan French, Leila Sykes and Ben Caplan.”

Holler: Opening in theaters and VOD on June 11

Synopsis : “In a forgotten pocket of Southern Ohio where American manufacturing and opportunities are drying up, a determined young woman finds a ticket out when she is accepted to college. Alongside her older brother, Ruth Avery joins a dangerous scrap metal crew in order to pay her way. Together, they spend one brutal winter working the scrap yards during the day and stealing valuable metal from the once-thriving factories at night. With her goal in sight, Ruth finds that the ultimate cost for an education for a girl like her may be more than she bargained for, and she soon finds herself torn between a promising future and the family she would leave behind.”

Why We’re Stoked: This movie is Winter’s Bone-style great. Check our review out of TIFF.

The Birthday Cake: In theaters and On Demand on June 18

Synopsis: “Gio brings a cake to a memorial celebration for the 10th anniversary of his father’s mysterious death, hosted by his uncle, a Brooklyn mafia boss. His life begins to change as he pieces together what really happened to his father.”

The Evil Next Door: In theaters and On Demand on June 25

Synopsis: “New to her stepmom role Shirin moves into a duplex with her partner, Fredrik, and his son, Lucas. The new home feels like the right place to start becoming a family. But when Fredrik leaves for work, strange things are heard from the other, uninhabited side. Also, who is Lucas’ new friend?”

False Positive: Premieres only on Hulu on June 25.

Synopsis: “After months of trying and failing to get pregnant, Lucy (Ilana Glazer) and Adrian (Justin Theroux) finally find their dream fertility doctor in the illustrious Dr. Hindle (Pierce Brosnan). But after becoming pregnant with a healthy baby girl, Lucy begins to notice something sinister through Hindle’s gleaming charm, and she sets out to uncover the unsettling truth about him, and her own “birth story.” As if getting pregnant weren’t complicated enough… False Positive is directed by John Lee, written by Ilana Glazer and John Lee, and produced by Ilana Glazer, John Lee, and Jonathan Wang. The film stars Ilana Glazer, Justin Theroux, Pierce Brosnan, Sophia Bush and Gretchen Mol. A24 serves as the studio.”

Why We’re Stoked: Motherhood horror is a rich terrain from Rosemary’s Baby to Alien, XX and Prevenge. We’re eager to see what Glazer will bring to it.

Lansky: In select theaters and On Demand on June 25

Synopsis: “David Stone (Sam Worthington), a renowned but down-on-his-luck writer, has the opportunity of a lifetime when he receives a surprise call from Meyer Lansky (Academy Award nominee Harvey Keitel). For decades, authorities have been trying to locate Lansky’s alleged nine-figure fortune and this is their last chance to capture the aging gangster before he dies. With the FBI close behind, the Godfather of organized crime reveals the untold truth about his life as the notorious boss of Murder Inc. and the National Crime Syndicate.”

Why We’re Stoked: Sam Worthington is a blandsome failure to launch. Harvey Keitel is a legend. So, sold.

Werewolves Within : In theaters June 25 and on VOD on July 2

Synopsis: “After a proposed pipeline creates divisions within the small town of Beaverfield, and a snowstorm traps its residents together inside the local inn, newly arrived forest ranger FINN (Sam Richardson) and postal worker CECILY (Milana Vayntrub) must try to keep the peace and uncover the truth behind a mysterious creature that has begun terrorizing the community.”

Why We’re Stoked: If “werewolf comedy” isn’t enough to entice, how about the fact it’s helmed by Josh Ruben, director of the supremely fun Scare Me?

Long Story Short: In theaters, On Demand and digital on July 2

Synopsis: “Serial procrastinator Teddy (Rafe Spall) wakes up the morning after his wedding to discover that every few minutes he’s jumping forward to the next year of his life. Watching his future flash before his eyes, Teddy must make every second count if he is to win back the woman he loves (Zahra Newman) in this feel-good comedy about second chances.”

Why We’re Stoked: We’re always down for a time travel rom-com, be it Groundhog Day, Palm Springs, or About Time.

Escape Room: Tournament of Champions: Only in theaters on July 16

Synopsis: “Escape Room: Tournament of Champions is the sequel to the box office hit psychological thriller that terrified audiences around the world. In this installment, six people unwittingly find themselves locked in another series of escape rooms, slowly uncovering what they have in common to survive…and discovering they’ve all played the game before.”

Why We’re Stoked: The first one was a smart concept that turned stupid in its final act. But hey, the kills were inventive.

AILEY: In theatres on July 23

Synopsis: “Many know the name Alvin Ailey, but how many know the man? Ailey’s commitment to searching for truth in movement resulted in pioneering and enduring choreography that centers on African American experiences. Director Jamila Wignot’s resonant biography grants artful access to the elusive visionary who founded one of the world’s most renowned dance companies, the Alvin Ailey American Dance Theater.”

Why We’re Stoked: Ailey changed the face of dance as we know it. This looks like an immersive exploration of the man who made it happen.

Jungle Cruise: Coming to theaters and on Disney+ with Premier Access on July 30.

Synopsis: “Inspired by the famous Disneyland theme park ride, Disney’s Jungle Cruise is an adventure-filled, rollicking thrill-ride down the Amazon with wisecracking skipper Frank Wolff (Dwayne Johnson) and intrepid researcher Dr. Lily Houghton (Emily Blunt). Lily travels from London, England to the Amazon jungle and enlists Frank’s questionable services to guide her downriver on La Quila—his ramshackle-but-charming boat. Lily is determined to uncover an ancient tree with unparalleled healing abilities—possessing the power to change the future of medicine. Thrust on this epic quest together, the unlikely duo encounters innumerable dangers and supernatural forces, all lurking in the deceptive beauty of the lush rainforest. But as the secrets of the lost tree unfold, the stakes reach even higher for Lily and Frank and their fate—and mankind’s—hangs in the balance.”

Why We’re Stoked: Is this Disney marketing parks with a star-stuffed cast? Totally. But it also comes from director Jaume Collet-Serra, who brought us Orphan, Unknown and The Shallows, so it should be fun.

← Bill Cosby Denied Parole Because He Is a Terrible Human Being | Review: "Plan B" Should Be Your Plan A For This Weekend →