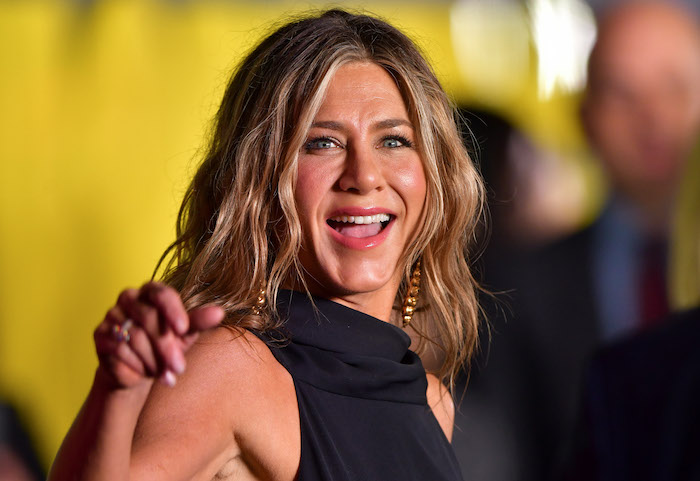 This day has long been foretold, and finally, it has come to pass. The ancient prophecies predicted that one day, the people would have an icon for which to worship and lavish gifts upon in the form of trophies and praise. This icon, above all others, will be held as the pinnacle of all things we hold dear in our society. This person would be selected by the people. Well, the people who have internet access and an inclination to vote for awards such as the People’s Icon and I can’t imagine that’s not a very self-selecting group.

That day is finally here, and our newest icon has been selected—Jennifer Aniston, who had this to say upon receiving her award (according to People.com):

“If I have any claim to this word ‘icon,’ it’s only because I was able to be on an iconic show, with an iconic cast, and an iconic haircut. Friends was truly — it was the gift of a lifetime, and I would not be standing up here without that amazing show, without those amazing five other actors, and with an audience who stuck with us … You believed in us, you really did, and you believed in those very impossibly large apartments.”

Unlike in days of yore, when the villager who killed the largest beast or who yielded the best crop would be held up as an icon in the community for helping their clan prosper, in our age, we hold up actors who were in a long-running television show who were also very good in We’re the Millers.

Also unlike in olden times, the People’s Icon will not lead us into battle against our enemies or sacrifice themselves so that we may have a good harvest this year. No, this icon will simply accept this award and do nothing except maybe try to get us to buy more Smart Water at some point in the near future. Huzzah!

Our icon has been selected, and she, and she alone will work alongside the People’s Champion, Pink (not a typo. You read that correctly) to do whatever it is the People’s Icon and Champion are supposed to do together—the differentiation between the two superlatives is unclear to me because we’re not really in an agrarian society anymore that relies on symbolism and possibly sacrifice to ensure a good crop and that the marauding band of scavengers don’t invade our own village and, you know, kill us all in order to get said crops. So…yeah. Little unclear, here. 🤷

All hail our victorious Icon and Champion!