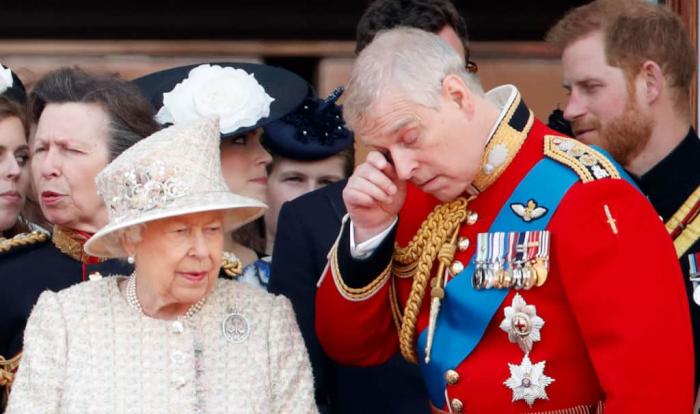 Yesterday, it was announced that Prince Andrew had agreed to pay an undisclosed sum as part of a financial settlement in the the civil sexual assault case brought against him by Virginia Giuffre. The prince, who was accused of sexually assaulting a teenage sex trafficking victim, also agreed to make ‘substantial donations’ to Giuffre’s charity in support of victims’ rights. It is unknown how much Andrew will have to pay but the Telegraph is reporting that it’s somewhere in the region of £12 million. They also reported that the money will be paid to Giuffre by the Queen.

The terms of the deal prevent either side from discussing the case or the settlement itself in public, but the Queen has already funded her son’s legal costs and it’s hardly a secret that the royals ‘earn’ their living through British taxpayers, so forgive us for being kind of f**king furious about this. There continue to be calls for transparency on how the settlement will be funded.

Screw this entire institution, and screw the crawlers in the British press who have returned to ceaseless arse-kissing in preparation for the Queen’s upcoming jubilee. Take Camilla Tominey, an associate editor for the Telegraph who made her name by revealing Harry and Meghan’s relationship, who previously wrote about Giuffre, a sex-trafficking victim, being ‘on the game.’ If this screams misogyny to you then you’re right.

Ah, Camilla must be gutted that she wrote this article.

The most toadying little imp of them all remains Nicholas Witchell, the BBC’s royal correspondent, a man who seems constantly on the verge of trying to Single White Female one of the lesser dukes so he can live out his mummy fantasy with Liz 2. He was ever-so-eager to discuss the options that Andrew, an accused rapist, has for coming back into the royal fold. He suggested that the alleged sex offender, an unashamed friend of pedophile sex trafficker Jeffrey Epstein, go work for some charities dedicated to helping victims of trafficking and abuse. Christ on a f**king bike…

Nicholas Witchell suggests a route back to public life for Andrew could be campaigning for the victims of sex trafficking. I'm not sure I see it, personally! pic.twitter.com/toooVppG0o


What a ‘huge relief,’ right? Now we can all enjoy our jubilee celebrations in peace. Who’s got the cucumber sandwiches? Yay to the empire!

It’s not that I’m exactly surprised or even shocked by this kind of embarrassment. The royal press is to journalism what Hannibal Lecter is to vegan cooking. They’re not journalists: they’re publicists with less honesty. We knew they’d do anything to try and distract from the growing sleaze on display. Still, there’s something disheartening about how open they are in their eagerness to swallow up the slop of the Windsors. Even if you truly believe that Andrew didn’t commit an act of sexual assault against a teenaged trafficking victim, this is the same guy who bragged that he didn’t regret being friends with Epstein because the pedophile was great for making business contacts. That’s the guy you want to defend? The Queen is an old woman but she’s not an infantilized little dear incapable of knowing the pain she’s causing by paying out for her gross son. She’s just as bad as the rest of them, meddling in laws to disallow transparency over her finances for decades.

Why am I supposed to be proud that this woman is my unelected head of state? Why am I meant to be satisfied with an extra bank holiday — that I won’t even use because I’m a freelancer — to celebrate an imperialist institution that gets rich off our taxes while the cost of living has skyrocketed? Get out the bunting for our little party kids, just ignore the queues around the block for the food-banks, right? What is there to celebrate? That we’ve been reminded once more that inherited wealth and inbred ancestry gets you out of every situation?

I am so tired of watching this family be treated as special as they rob us blind and use that money to cloister themselves from accountability. There is nothing about this nonsense that makes me feel good about my nationality or identity and being told it’s meant to be a key marker of Britishess makes me want to rebuild Hadrian’s Wall single-handed. This is an irredeemable institution and it always has been. The sooner it’s dismantled piece by piece, the better.

Abolish the monarchy and the whole lot of them.


← 'Book Of Boba Fett', 'Inventing Anna', 'The Afterparty', And More On Podjiba! | Levar Burton Stops By 'The Daily Show' To Talk About Banned Books →