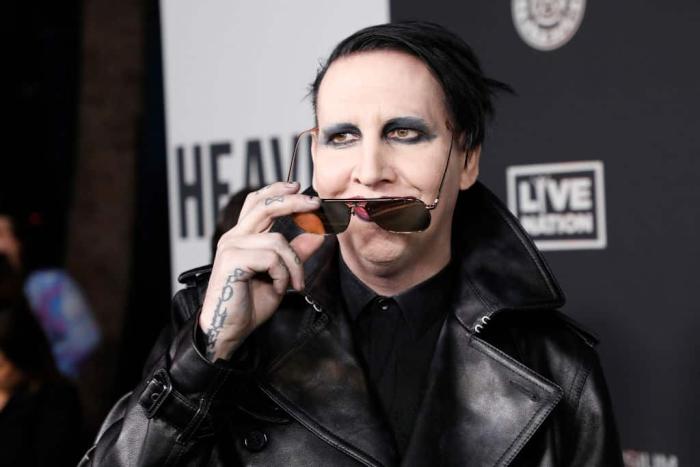 New Hampshire police have issued an active arrest warrant for Marilyn Manson in connection with assault charges. Manson is accused of two counts of ‘class A misdemeanor simple assault’ regarding an incident from 2019. Gilford Police Department said that each charge carries a possible jail sentence of less than a year and a fine of up to $2,000. They also noted that the alleged assaults ‘are not sexual in nature.’ The police said that Manson, real name Brian Warner, and his team ‘have been aware of the warrant for some time’ but that he had made no effort to return to the state to answer the charges.

In February of this year, Warner was accused of abuse by his ex-girlfriend, actress Evan Rachel Wood. Wood named Warner and said that he ‘started grooming me when I was a teenager and horrifically abused me for years. I was brainwashed and manipulated into submission.’ She had previously alleged in a 2016 interview that she had been raped twice ‘many years ago’, once by a ‘significant other.’ Two years later, she testified before the United States House Judiciary Subcommittee on Crime, Terrorism, Homeland Security and Investigations as a domestic violence and rape survivor. Wood also detailed Warner’s anti-Semitism and obsession with Nazi propaganda.

More women came forward with accusations of abuse. Ashley Walters wrote that he ‘frequently became violent’ and offered her up for sexual encounters with collaborators. The artist Sourgirrrl said that Warner repeatedly tied her up and sexually assaulted her, and that he forced her to take drugs. Model Sarah McNeilly said Warner threw her against a wall and ‘threatened to bash my face in with the baseball bat he was holding.’

Warner has since been dropped by his record label.