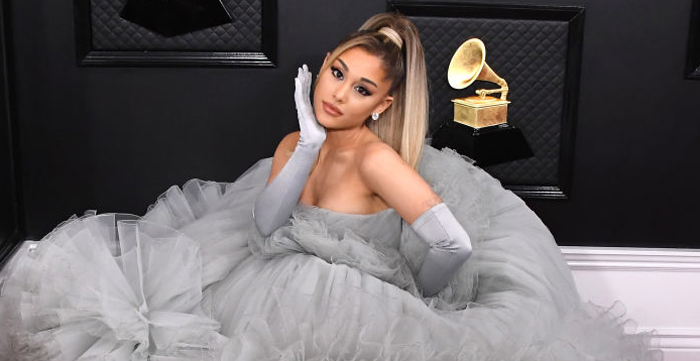 We know the pop star has a soft spot for cinema, as she’s previously paid tribute to the comedy classic The First Wives Club. Now, she’s showing her appreciation for the 1996 Adam Sandler vehicle The Waterboy by re-acting scenes via videochats with friends and family.

The Waterboy starred Sandler as Bobby Boucher, a simple-minded man who becomes an unexpected football star once he reveals his special gift for tackling the crap out of people. Coach Klein (Henry Winkler) brings him onto the team, which isn’t great news to Bobby’s beloved momma (Kathy Bates). She’d prefer her special boy stay away from the spotlight and the attentions of lusty women like Vicki Vallencourt (Fairuza Balk).

In her version, Grande takes the leading man role, calling on some friends for help.

and how’d u all make use of YOUR day ? pic.twitter.com/R3zf882jOM

Sandler seemed impressed, retweeting the vid with a complimentary caption.

In a follow-up vid, the “Thank U, Next” singer reunited with Victorious co-star Elizabeth Gillies, and brought her own mum, Joan Grande, on board to play Mama Boucher.

This too scored a response from Sandler.

If all this is making you nostalgic for The Waterboy, revisit the trailer below: