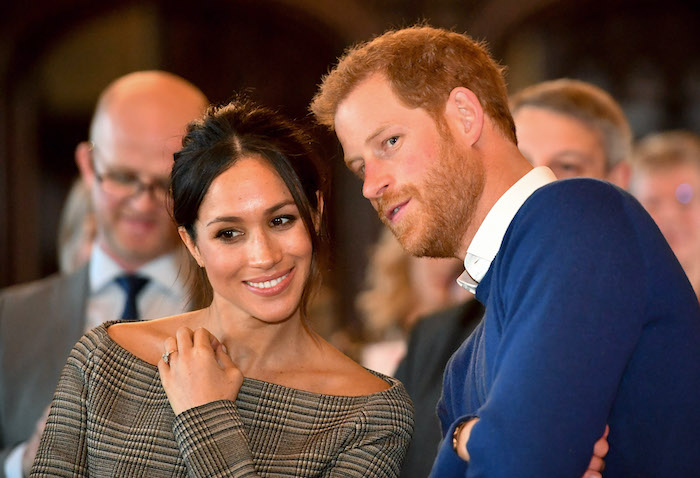 I am a petty, petty chaos-demon who loves messy drama, so I was very into the recent article that my favorite Gawker alum, Caity Weaver, wrote on fishy AND dishy things going on with the Kensington Royal (Prince William and Kate Middleton) and Sussex Royal (Prince Harry and Meghan Markle) Instagram accounts and their collective follower accounts.

Not to get too far off track here, but do you ever wonder if maybe, collectively, we are getting dumber as a society or if petty crap like comparing Instagram accounts and its followers always existed in the cultural zeitgeist and it’s just been lost to time because this petty shit doesn’t even matter in the short-term, let alone the long-term, so no one thought to keep it documented?

I digress—we’re not here today to lament the state of the world’s collective tolerance for bullshit. No, we’re here today to discuss this article: “A Royal Instagram Mystery”

If you are in the sweet spot of not wanting to waste enough brain cells to read the whole article, but do want to waste some brain cells by having me describe the article to you, today is your lucky day, friend!

The long and short of it is that The Kensington Royal account has inexplicably kept their follower count above, or on pace with, the Sussexes’ for the duration of the Sussexes’ account, despite not having nearly the amount of search intent that Harry and Meghan do, or the amount of engagement (comments, likes, etc.) on their account that you’d expect with their massive follower count. One of the more likely scenarios (so says me, random person on the internet) as outlined in the article, too, is that the Cambridges’ account is buying bots to ensure that they are never eclipsed by the Sussexes’ because sibling rivalries die hard.

There is, of course, another option—that someone else is buying the bot-followers in order to artificially inflate the Cambridges’ follower account, only to one day take it all away—because the theory goes that bots are being bought for the account but there’s no proof as to who is buying them. (I mean, there’s no real proof of anything, but we’re going with bots, because I like robots and sibling drama because I’m the middle of 5-kids, OK?)

I have no proof of this other than 35-years’ worth of life experience and a hunch, but I believe we’re working with a Terminator/Skynet type of situation and that they are behind the inflated follower account. What if Skynet is already here (the Terminator movies have taught us that Skynet is inevitable and I believe them because why would movies lie?) learning who we are, dumbing us down through making our discourse revolve around follower counts of famous people who don’t know we exist, instead of talking about all the f*ckery that’s been plaguing us for at least the last 4 years. (What f*ckery? I don’t know, take your pick, there’s a lot to go around.)

So, they’re hiding in plain sight. Watching us. Learning how we communicate to each other via the comments section of Instagram posts (so lots of baseless insults, work from home jobs, and the occasional zinger) in order to best find our collective weaknesses while biding its time before it begins the take over?

The question becomes—why the Cambridges? Why now?

I honestly have no idea. The problem here is, I have yet to meet someone from the future. Wait, let me strike that, someone who could credibly be from the future, so they haven’t revealed the logistics of this whole debacle yet by starting off on the right foot by telling me “come with me if you want to live.”

So, for now, this is just going to have to remain a mystery, because what’s more likely? The future King of England’s team is ensuring that his younger, more glamorous brother and his wife don’t eclipse him on a platform that matters very little in the grand scheme or things? Or a robot network collectively gaining power, watching us, and waiting to take over by inflating the Kensington Royal Instagram account?

Exactly. I rest my case.