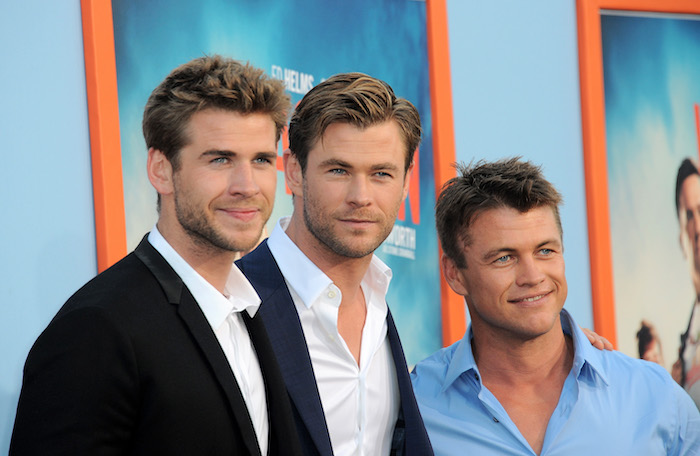 Are Liam and Chris Hemsworth Searching for the Aussi Loch Ness Monster After Miley Cyrus Breakup?

It’s a tale as old as time, a man falls in love with a woman, they get married, it doesn’t work out, he goes searching for the Loch Ness Monster in Australia with his brother who plays a God of Thunder in a Disney franchise, I mean, we’ve all been there and it’s a cliché for a reason.

Yes, friends, Liam Hemsworth is dealing with his breakup from Miley Cyrus with the ol’ search for Nessie in Australia, bit. If he weren’t dealing with heartbreak, I’d be a little bit more callous in my approach, here, because as I think we all know Nessie can’t be found down under.

Anyway, let me back track for the less-monster inclined amongst us.

Earlier today, Elsa Pataky, who plays a key supporting role in the Fast and Furious franchise but who also is married to Chris Hemsworth because everyone deserves to have a personal life, posted the following images on Instagram:

This is notable because you’ll see in one picture, she, Chris Hemsworth and his little brother Liam are all by an open body of water.

Now, on the surface you may think this is just a fun family snap of a relaxing time but by now, you know the real truth don’t you? No one goes by an open body of water without searching for sea monsters it might contain. Why would the Hemsworths be any different, here?

It’s also known that if you encounter a sea monster, you get bragging rights (what, did you think I was going to tell you it granted you wishes, or something? Come on now, be serious, here.) What could be more intoxicating to a recently single man who filed for divorce from his ex, than to get bragging rights over finding the loch ness monster, in Australia of all places.

I mean, duh. Of course that’s what they were doing.

Obviously since we had to find out about it on Elsa Pataky’s Instagram, they were unsuccessful. I’m not surprised, the Loch Ness Monsters doesn’t summer in Australia. However, I don’t blame them for searching—just next time, use your heart and not your tug boat, friends, and you might have better luck.