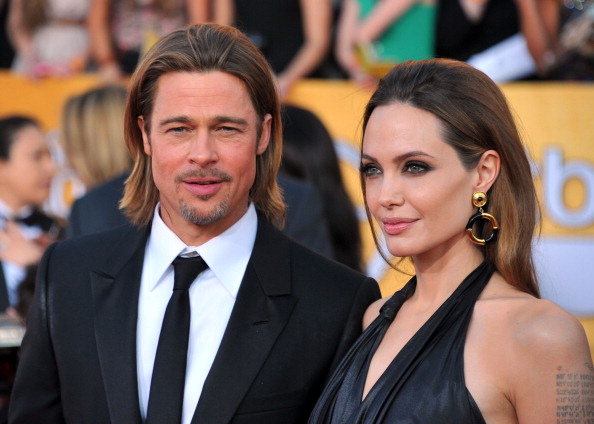 There has been a lot written about a 2016 incident on an airplane between Brad Pitt, Angelina Jolie, and their children, an incident that Pitt had seemingly managed to mostly brush under the rug for the last six years. There have been online rumblings for years, and then in August of this year, more information came out via a Freedom of Information Act suit against the FBI.

Angelina Jolie, in a court filing over a lawsuit between Pitt and Jolie over the sale of a winery the two once owned together, offered details about the incident. In the filing, Jolie alleged that “Pitt choked one of the children and struck another in the face” and “grabbed Jolie by the head and shook her.” At one point, according to Jolie, “he poured beer on Jolie; at another, he poured beer and red wine on the children.”

According to Ms. Jolie’s account of the 2016 flight in the court papers, the dispute began when Mr. Pitt accused Ms. Jolie of being “too deferential” to their children and then began yelling at her in the bathroom. “Pitt grabbed Jolie by the head and shook her, and then grabbed her shoulders and shook her again before pushing her into the bathroom wall,” the filing states. “Pitt then punched the ceiling of the plane numerous times, prompting Jolie to leave the bathroom.”

It is unclear if details about choking or hitting the children were in the heavily redacted FBI report. The earlier FBI report, however, did state there was enough probable cause to charge Pitt for the abuse, but criminal charges were not pursued at the time, in part because the FBI wasn’t certain that Jolie was supportive of the charges.

This latest filing has all been a response to the fact that Jolie sold her half of the winery to a third party instead of Pitt. According to Jolie, negotiations with Pitt broke down because he insisted that Jolie sign an NDA agreeing not to talk publicly “about Pitt’s physical and emotional abuse of her and their children.” She refused and sold to a subsidiary of the Stoli Group. Pitt is suing because the former couple allegedly had an understanding that neither would sell their shares without the consent of the other.


← Reddit Asks the Question: 'What's a Minor Inconvenience That Drives You Crazy?' | Elon Musk Is Buying Twitter for Real This Time (Or Not!) →