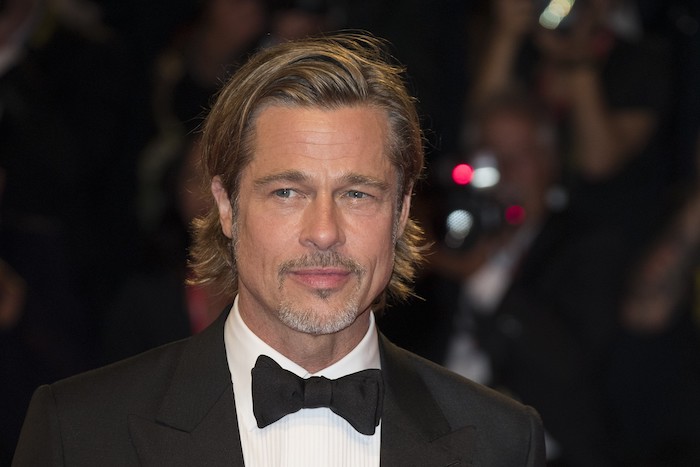 Friends, I wrote about the (alleged) romance between Angelina Jolie and Bradley Cooper yesterday, so of course it was in the news today that Brad Pitt has someone of his own, now. Hear that, Angelina?! And His name is Kanye West, and they’re bros! See? Even famous exes gotta outdo each other, sometimes.

The relationship between Pitt and West is progressing along so much, that Brad was spotted at Kanye West’s church services over the weekend, per People.com:

While some were surprised to see Brad Pitt stop by Kanye West’s weekly Sunday Service on Sept. 1 in L.A.’s Watts neighborhood, it turns out the actor, 55, and the rapper, 42, have been acquaintances for some time.

“Kanye and Brad have been friendly for a while. There’s definitely a common respect between the two of them,” a source tells PEOPLE. “Kanye has always been a big fan of Brad.”

OK—so I can’t be the only wondering what the hell these two talk about when they’re together. People says they bonded over fatherhood—but Pitt’s kids are significantly older than West’s, so there’s probably not a lot of back and forth there. My go-to thought is always “swimming pools” but that’s because I’ve seen Airheads too many times to count, and I enjoy making that reference because no one ever gets it.

I mean, all of these things are possible, but I think the most likely scenario here is that Brad Pitt is Kanye West’s go-to source when it comes to Friends trivia, since he was married to Jennifer Aniston, after all, and he was a guest star on the show once.

Now, it’s just my pure speculation, but I believe that Brad Pitt’s episode, aka “The One With the Rumor” is probably Kanye’s favorite episode, and when they get together it’s just a constant back and forth between the two with Kanye asking a question about the episode and Brad answering it. With those two, it’s basically the Socratic method, only with a very narrow focus: mainly, a singular episode of Friends, which was aired almost 18 years ago. Hey, everyone has their interests. For instance, I collect tiki mugs!

So now when you see these two out and about, you can share a knowing smile (with yourself) because you know what they’re talking about, and no one else does because this post, like me, is simply a figment of your imagination. Spoooooooky!