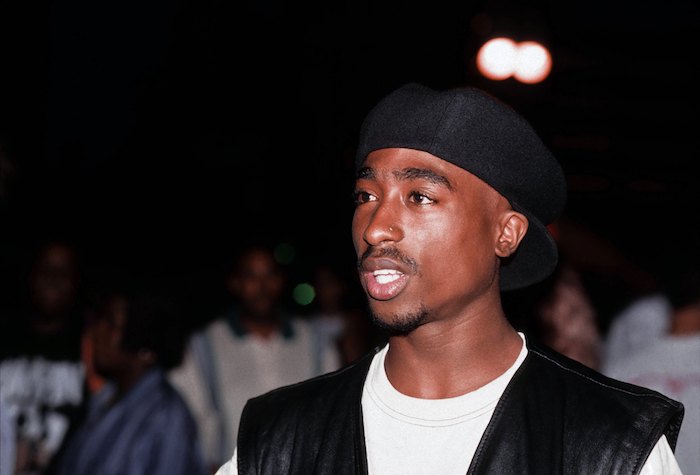 I was 11 (almost 12) years old when Tupac was murdered in Las Vegas—for anyone my age, and a bit older, his death was a cultural touchstone and one that I’m not sure has an equivalent for the generation that came after us. Tupac was a true renaissance man, so like, I get it when someone references his work. His lyrics are timely and still extremely relevant. They tackle issues such as a women’s right to choose, the inherent injustice that black people face in American society, the impact violence has on communities, and yes, just how great California is compared to the rest of the country.

In addition, Tupac is by far (in my opinion) the best male musician who tried their hand at acting. (Cher is the female, obviously.) The point is—Tupac is eternal, and in 2019, has been dead almost as long as he was alive—and his fan base is still vibrant to this day.

One such fan is Jerry Foxhoven, who referenced Tupac in his job a lot. Like, a lot a lot—so much so that he was fired the day after he sent a department-wide email encouraging all staff to celebrate Tupac’s birthday in the manner they saw fit. A Twitter hero has the screenshot of the email.

Here is the email 66 year old Jerry Foxhoven sent to his staff, the day he was fired.

"Hard to believe he has been gone for almost 23 years"

By all accounts, a kind email pic.twitter.com/ohSxSVpzJL

See, Jerry was the Director of Iowa Department of Human Services up until he sent that email — and while the cause of his dismissal is not known, the timing is suspect to say the least. Per NPR:

Foxhoven was aware that at least one individual was not a fan of his Tupac quotations. In an email, one of his staff members alluded to the existence of a disgruntled employee, who then reported his Tupac references to state legislators. These emails indicate that action may have been taken due to his Tupac-related messages.

Jerry is what you’d call a super fan of Tupac, going so far as to have cookies with “Thug Life” written on them for the workplace celebration of his birthday. Additionally, he incorporated Tupac into his Valentine’s Day message for his 4,000 headcount staff.

Jerry celebrates Valentine's Day with, you guessed it: more Tupac quotes for his 4,000 staff at the Iowa Department of Human Services pic.twitter.com/Z208dgYmjT

How big of a Tupac fan is he? Well, he even held Tupac Fridays where he played Tupac’s music in his office. Per NPR:

The civil servant is utterly dedicated to the slain rapper, celebrating his birthday with Tupac-themed baked goods; marking Tupac milestones (“I might seem a little down because today is the 22nd anniversary of 2Pac’s death,” he wrote once to a staff member); and assigning Tupac as mandatory reading for his ethics class at Drake University.

I honestly don’t see the problem here. I had a boss that insisted on blaring Fox News at all hours of the day and gleefully celebrated when Trump won in 2016. Foxhoven seems like he would be a breath of fresh air.

You won’t be surprised to know that the State of Iowa is remaining tight-lipped on the reason for Foxhoven’s dismissal.

While the governor is refusing to comment as to why Foxhoven was removed from his position, he’s using the attention he’s getting to call attention to the murder of an innocent black teenager, who killed in cold blood because his murderer thought his rap music was a threat.

Ultimately, Foxhoven tells NPR he’s glad that his emails about his favorite musical artist have now made national news because it allows for a discussion about stereotypes and music. He said he was especially disturbed by a recent news story which reported that a 17-year-old boy in Arizona was fatally stabbed by a man who said the victim’s rap music made him feel “unsafe.”

“It’s important for us to break down those stereotypes: if you listen to rap music, you’re a criminal or dangerous. It’s not true at all,” he says, adding that he hoped his situation could lead to “having open discussions about race and what we have in common, instead of what separates us.”

Foxhoven seems like a good dude; a decent, empathetic boss; and perhaps most importantly, it sounds like he’s going to keep his head up after this unfortunate turn of events.