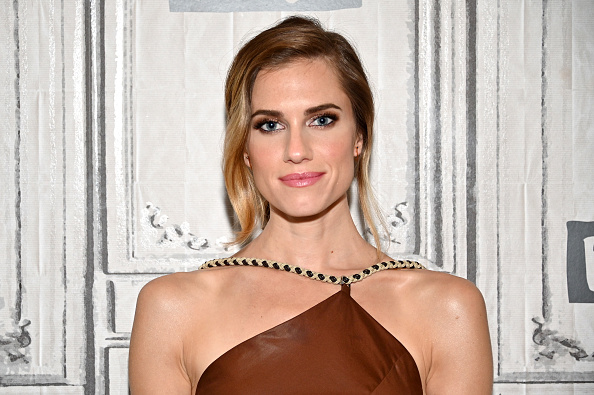 Celebrities who are the offspring of other celebrities are typically bad at acknowledging the privilege that comes with having famous parents. They get defensive when they are accused of having their careers handed to them, and why wouldn’t they? They believe they worked hard to get into the business because they don’t actually know what working hard means because open doors are the only ones they have ever walked through.

A number of celebrity offspring have addressed the nepotism issue in recent weeks. Most of them have gotten weirdly defensive, giving a variation of the same answer: “Sure, the door is open for us, but we still have to do the work,” which, sure, fine, but in an industry where the vast majority of opportunities come from connections, that’s a bit like you skipping to the front of the line at Disney World and insisting that you rode Space Mountain really hard. Some nepotism babies are even characterizing themselves as victims of takedown culture. “People are ready to pull you down and say, ‘You don’t belong there,’” Gwyneth Paltrow said about the nepotism issue, while Lily Allen offered, “Nepo babies have feelings.” So do randos on the Internet, Lily!

No one is trying to take these people down. All we want is for them to really and truly acknowledge the opportunities derived from being the offspring of famous parents and otherwise, let the work speak for itself. Nepo babies do not need to tell us how hard they work. We can make up our own minds based on the product.

And that’s why I love how Allison Williams — daughter of Brian, star of Girls and the upcoming M3GAN — addressed the issue in an interview with Vulture:

To her credit, and unlike many of her privileged peers, Williams is open to discussing what it means to be a “nepo baby” (a term she uses before I even have the chance) with a refreshing lack of defensiveness. Being the daughter of the former NBC anchor Brian Williams is a birthright that afforded her cushy summer PA jobs on the sets of Baby Mama and A Prairie Home Companion. “All that people are looking for is an acknowledgment that it’s not a level playing field. It’s just unfair. Period, end of the story, and no one’s really working that hard to make it fair. To not acknowledge that me getting started as an actress versus someone with zero connections isn’t the same — it’s ludicrous. It doesn’t take anything away from the work that I’ve done. It just means that it’s not as fun to root for me.”

“It doesn’t feel like a loss to admit [the privilege],” she told Wired. “If you trust your own skill, I think it becomes very simple to acknowledge.”

It’s not like cheating; there’s no reason to be defensive. Admitting you got a shortcut doesn’t mean that someone is going to come and take your career away, just like lottery winners won’t have their money taken away from them for admitting they are lucky. Just be honest about it.