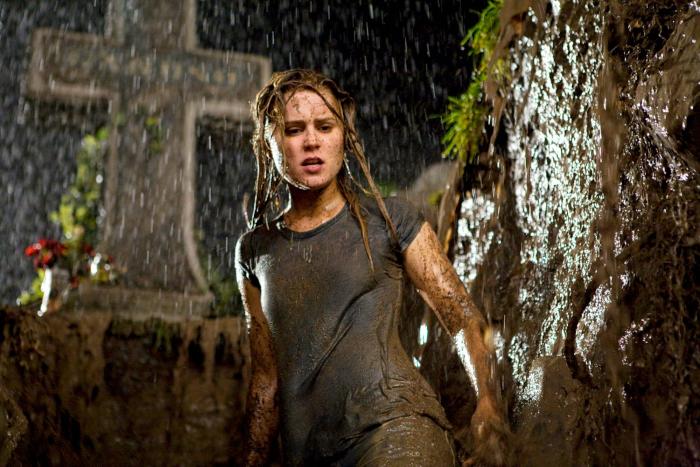 Alison Lohman Explains Why She Left Hollywood 13 Years Ago

For a number of years, I was a huge fan of Alison Lohman, mostly owing to two roles: Her brilliant, twisty turn in Matchstick Men and one of the better and more underrated horror flicks, Sam Raimi’s Drag Me to Hell. Alas, the same year that Drag Me to Hell was released — 2009 — she also made Gamer and essentially disappeared from Hollywood.

Why? On the set of Gamer, she met her husband, the film’s director, Mark Neveldine (himself a scarce presence these days). Lohman’s life quickly shifted from Hollywood actress to … a mother living on a farm.

To celebrate the 20th anniversary of White Oleander — Lohman’s breakout role — The Hollywood Reporter scored a rare interview with Lohman, who explained why she left the industry. As she explains it, working on Flicka in Wyoming gave her the bug for living in the country, and when her husband suggested it was a possibility, she took it.

When I met Mark, he knew that I had shingles and he said, “You know, you don’t have to work. You can take a break.” No one had ever said that to me. I said, “Wow, take a break? What would I do?” I thought about it and came up with all these ideas of what I wanted to do and that included living on a farm. So, we bought a farm in upstate New York on 200 acres. It became like another role for me, but it was real life. It was so much fun. Then we started to have kids and it was so hard for me to get back into acting. I would see all these other actresses being able to have kids and still work but I realized that it was not for me. I miss it but I cannot do two things at once, in terms of juggling motherhood and my career. I decided that I would be a mother and raise them and maybe later, get back into acting. In the meantime, I started teaching acting on Skype, all over the world. It’s been really fun to do that, too. So I’m just waiting now to see how life unfolds without putting too much pressure on myself to control it or plan [what comes next].

Lohman says that her kids are old enough now — and she’d have help from her mother — that she’d return to acting for the right role, although she’s in no hurry to do so. In the meantime, she remotely teaches a course on acting and continues to raise her family.

Separately, you know how they say, “Never meet your heroes”? Never read their Twitter feeds, either.