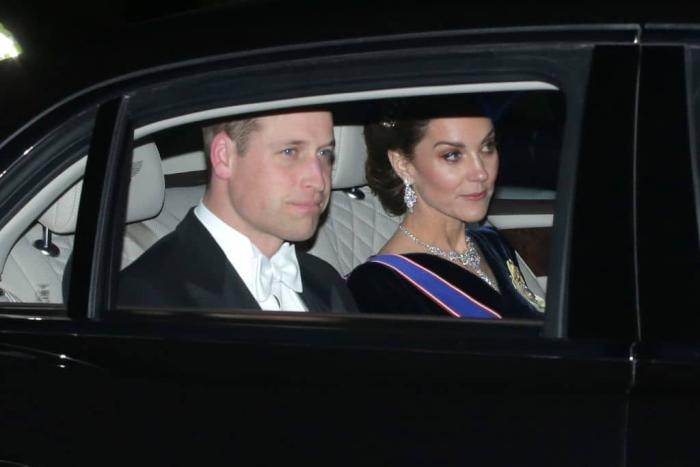 After the Sussex Exit, What is Next For William and Kate Cambridge?

While Meghan Markle and Prince Harry have already made their public announcement that they intend to step back as senior royals and carve out a ‘progressive new role’ for themselves in the public eye, it seems that behind the scenes the House of Windsor has scrambled into damage control mode. With Buckingham Palace’s own statement insinuating that they had no idea the Sussexes were going to drop their big news so soon, it seems that something is rotten in the state of Britain when it comes to the centuries-old institution nicknamed The Firm. The latest reports and hushed voices of ‘palace sources’ have suggested that the Queen, Prince Charles, and Prince William have invited Harry to crisis talks to try and straighten out what has quickly become a tangled mess. Apparently, Meghan will be allowed to join the conversation over the phone via Canada, where she is currently stationed with her son Archie.

Stories of a rift between William and Harry, the previously inseparable brothers, have bubbled around in the press for months. The respective houses of Cambridge and Sussex always denied the rift until Harry, in a TV special with ITV, hinted more fully at the speculation being true. Now, a ‘friend of William’ has told the Sunday Times that, following the Sussex news, he and his brother are ‘separate entities.’ William allegedly said, ‘I’ve put my arm around my brother all our lives and I can’t do that anymore […] I’m sad about that. All we can do, and all I can do, is try and support them and hope that the time comes when we’re all singing from the same page. I want everyone to play on the same team.’ Assuming there’s any truth to this quote — and there’s certainly reason to believe its veracity given the nature of the publication it’s in — it’s a smart PR move from the Cambridges to keep pressing the narrative that they’re all part of the same team but not so much that they get dragged down into the mud.

The Sussex decision leaves the door open for some seismic and irrevocable changes to an institution that has proudly committed to tradition in the face of the future. Harry and Meghan may be popular with the public but they’re far enough down the pecking order to want some real freedom and control over their destinies. That’s something that Prince William has never had, and, as long as the monarchy stays in place, he never will. Out of all the surrounding parties to the Sussexes, it’s the Cambridges who stand to gain the most from this fallout, but they potentially have the most to lose should they fail to play their cards right.

Before Harry met Meghan, the tale of Will and Kate was the fairy-tale of Britain and the 21st century. Read any article from the time of their 2011 wedding or watch any of the tatty TV specials made to commemorate the occasion and you’ll see a lot of recurring themes: The Cinderella narrative of a prince and his one true love; the notion of Kate being just a normal girl who fell for a royal; the image of glossy-haired Kate and her perfect style having been seemingly groomed from birth for the role of Queen. The British press had waited a long time to spin this particular yarn and they were happy to do so, even after spending the previous decade slamming Kate Middleton as a passive wife-in-waiting. All those ‘Waity Katie’ jokes were quickly forgotten once the more sellable narrative became one of the perfect wife and consort who had trained her entire adult life for this opportunity.

The Cambridges obviously have to tread a much finer line than the Sussexes in terms of working with the press and maintaining a certain kind of image. They need to play it much safer and, frankly, be much less cool. For all the talk of William and Kate shepherding in a modern monarchy, they’re very much creatures of the old ways in terms of how they present themselves. There are moments here and there that hint at a contemporary approach but nothing that could ever be misconstrued as rocking the boat. The smothering misogyny of the position has clearly impacted Kate, particularly in how she must go through the leering routine of marching out of hospital looking absolutely perfect with a newborn child in her arms mere hours after giving birth, a practice that only further emphasizes how the role of a royal woman is akin to that of a breeding horse. There’s a level of spectacle with the position that Kate can’t sit out, even though you couldn’t really blame her if she did.

However, the Cambridges and their commitment to the adherence of royal decorum is also evident in one particularly modern way: their savviness with the press. In that aspect, they take more after Prince Charles, who is easily the most PR-trained royal of recent years, certainly more so than Harry and Meghan or even the Queen. Jason Knauf, their chief executive officer, is a former senior advisor to the royal household and speechwriter to the former Deputy PM of New Zealand. Their communications secretary Christian Jones worked for the Brexit campaign as a speechwriter. They are well-connected in terms of press and PR, something that matters when you’re part of an institution that has to justify its own existence to an increasingly skeptical public. Maintaining that pristine image is easier to do when you keep up that air of benign blandness, but it was also something they clearly pulled off more successfully when they had an adversary to bounce off of.

Harry is more popular than William and his work ethic is much stronger. Long before Meghan was declared the she-devil of the Windsor clan, the biggest criticism the younger royals faced was related to William and Kate’s work-shy nature. They picked up the pace a little more in recent years but given their statuses as the heirs, there really wasn’t any excuse for how lackadaisical their approach to the job seemed to be. Then, all of a sudden, there were all these headlines about what a great job the Cambridges were doing, how committed they were to the job, and how graceful and queen-like Kate had become in recent months. From the outside, it didn’t seem as though much had really changed with them beyond the new positive glow from the press coverage. Coincidentally, Meghan and Harry started receiving a lot more flak from the British papers, even as their engagements garnered positive public responses and strong international coverage. It wasn’t hard to see how such narratives and such use of the press had people wondering if the Cambridges were more actively involved in molding the process than anticipated.

This came to the forefront last year when rumors swirled that William had cheated on Kate with her best friend, a story that the American media had no problem discussing while the British press’s silence on the matter became deafening. Some felt that this was proof the Cambridges were selling the Sussexes out to keep their own dirty laundry out of the public eye. Even if you don’t believe that, and it is merely speculation, the fact that neither William nor Kate have spoken out in defense of Meghan over the months feels very telling. It’s no wonder the Sussexes don’t feel supported. The Royal family are notoriously divided in terms of looking after number one. It’s every house — and their respective press offices — for themselves.

If Meghan and Harry are truly out, whether they’re stepping into less formal roles or losing the royal titles altogether, the pressure will be on the Cambridges to not only pick up the slack but to become more publicly open than they potentially desire. That means more engagements, more public speaking (something Kate does way less than Meghan), more photo-ops with the kids, and more rules. Any slivers of freedom or relaxation they may have had before will certainly be gone now. It won’t help that, to many people, they’ll also be remembered for how little they did to help, defend, or protect their sister-in-law when she needed it the most. How can you be the face of the ‘modern monarchy’ when you’re perceived as having done everything to prevent the introduction of true modernity to the family?