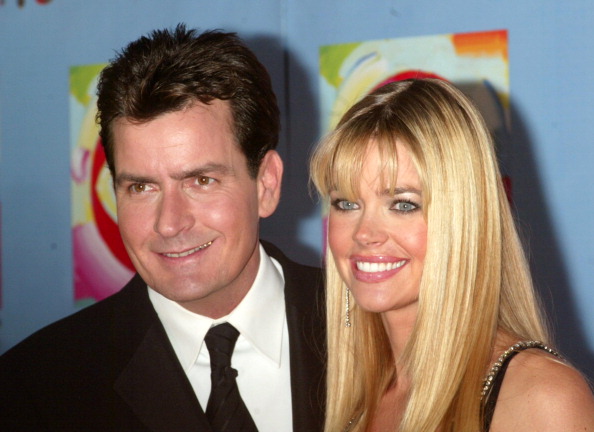 Today is probably going to be a lousy one from a political, cultural, and humanitarian perspective, as the Supreme Court is likely to overturn Roe v. Wade this morning. While we wait, here’s some blathering celebrity gossip that feels both of the moment and like something out of 2004, because I am not above some meaningless nattering.

The 18-year-old daughter of Charlie Sheen and Denise Richards, Sami Sheen, recently joined OnlyFans, as is her right. Charlie Sheen — despite his own checkered history — disapproved, as he told Fox News Digital via his publicist. “She is 18 years now and living with her mother. This did not occur under my roof. I do not condone this, but since I’m unable to prevent it, I urged her to keep it classy, creative, and not sacrifice her integrity.”

His ex-wife, Richards, took a different position, leaving a comment on Sami’s Instagram page. “Sami I will always support you & always have your back,” she wrote. “Lots of negative comments on my social this past week. I have to say, I wish I had the confidence my 18 yr old daughter has. And I also can’t be judgmental of her choices. I did Wild Things & Playboy, quite frankly her father shouldn’t be either. And to be able to ignore the negativity at her age? It took me many years & I still sometimes struggle. I’m in awe of her ability to be able to shut out the noise. Because it can destroy you.”

Not that anyone is asking me, but I would also express love and support for my children if they decided to join OnlyFans. Also, my forehead veins would burst open and my face would drown in my own blood.

In any respect, because it’s 2022 and celebrity parenting is done on Instagram and via publicists, Sheen backtracked after Richards’ comments, saying (again, through his publicist) that “Denise has illuminated a variety of salient points, that in my haste, I overlooked and dismissed. Now more than ever, it’s essential that Sami have a united parental front to rely upon, as she embarks on this new adventure. From this moment forward, she’ll have it abundantly.”

Aw, Dad! You shouldn’t have!
And this is where Richards decided to one-up Sheen in the parenting department. She expressed solidarity with her daughter by … joining OnlyFans herself.

Richards actually charges more than her daughter for a subscription to her OnlyFans account, so this is either solidarity or it’s like showing up to your daughter’s wedding wearing a more expensive white dress.

Your move, Charlie (please do not join OnlyFans).
And this has been another installment of: Celebrity Parenting in the Digital Age. Now we can all return to waiting for SCOTUS to continue eroding our civil and human rights!