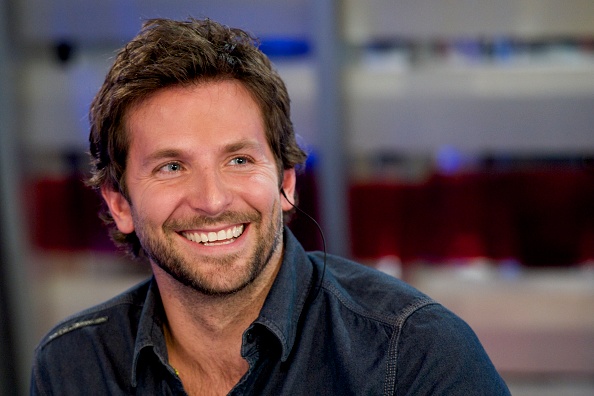 After Being Fired from 'Alias,' Coke-Addicted Bradley Cooper Attributes Life Change to Will Arnett

I listen to a fair amount of the Smartless podcast, and the thing that usually surprises me the most about it is how many A-list stars that hosts Jason Bateman, Will Arnett, and Sean Hayes are close friends with. Bateman and Arnett have worked with everyone, Arnett knows all the SNL people through his ex-wife Amy Poehler, and Hayes has connections with a lot of people not just through Will & Grace but Broadway. Bateman was in a COVID bubble with Courteney Cox, who also appears to be the host of dinner parties attended by half of Hollywood. They’re also friends with and connected to the Dax Shepherd/Kristen Bell group through not only Let’s Go to Prison (Arnett/Shepherd) but, I suspect, a shared connection because of addiction issues — Hit & Run, directed by Dax Shepherd, also features cameos from Brad Cooper, Jason Bateman, and even Tom Arnold, and I can’t think of many other reasons why Cooper and Bateman would appear in a low-budget movie with little box-office prospects save for that connection (Sean Hayes is in it, too).

This is neither here nor there except that I think the recovering addict community in Hollywood is close-knit, which brings me to the 100th episode of Smartless, where they invited guest Bradley Cooper, with whom all three are friends. They’re not just casual friends but close friends who spend time together.

I’d like to point out here that I’ve always been fond of Cooper owing to an interview he gave to Terry Gross a few years ago, where he spoke at length about his father’s death. Putting aside whatever image he’s gained in Hollywood from various projects (A Star is Born, in particular), he seems like a solid dude. The Smartless podcast, where he was refreshingly honest about his past struggles with addiction and insecurities, only seemed to confirm as much.

To that point, during the podcast, Cooper also spoke about a period in his career around Wedding Crashers when the sense of humor in Hollywood was “mean.” Cooper, in an effort to mimic this sense of humor, often aggressively insulted other people to fit in. He was apparently very good at it. Too good.

At the time, Cooper was living next to Arnett. On the podcast, Cooper recalled a particular dinner party he’d gone to with Arnett and another friend he greatly admired. The next day, however, Arnett asked him, “How do you think that [dinner party] went?”

It was a bad time for Cooper, who says that he was also addicted to cocaine, and it came right after he’d severed his Achilles tendon after he “got fired/quit Alias.”

“I remember being at the party thinking that I was so funny, and these two people I was at dinner with thought I was so funny. I thought it was great. I thought I was killing it,” Cooper said. However, Arnett — who himself is known for an often caustic sense of humor — told Cooper that he was “a real asshole” at the party, and also that it was four o’clock in the afternoon and he still hadn’t fed his dogs.

That, Cooper said, was when he realized he had a problem with drugs and alcohol. “I’ll never forget it. The guy I thought was doing mean humor was telling me the truth about that, and it changed my entire life. That moment was when I stopped pursuing this mean humor thing,” which he’d only pursued in the first place because of “deep insecurities.”

“Will is the reason — he took that risk of having that hard conversation with me in July 2004 — that put me on a path to changing my life. It helped that it was the guy that I thought I was emulating.” It’s clear that Cooper, at least privately, has paid that forward by helping others going through similar addiction issues.

← 'Green Room' Is Undoubtedly One of the Best, Most Relevant Films of the 21st Century | Ezra Miller Is Reportedly Taunting Authorities Now →