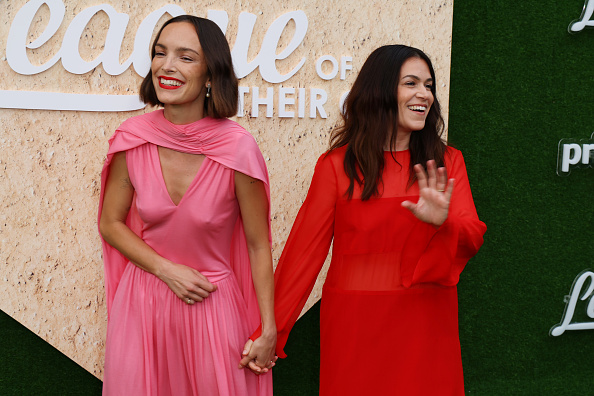 That’s not very nice, Ye. In small print, you can also read, “Cudi meant to play funeral but fearful of bottle throwers,” a dis at Kid Cudi who recently walked off stage after audience members threw bottles on stage.

In much, much better news: Abbi Jacobson — of Broad City and the forthcoming A League of Their Own — is engaged to Jodi Balfour, who plays a gay President on For All Mankind. This is just all-around great news. The couple, who have been dating for nearly a year, also made their red-carpet debut for A League of Their Own last week. Note the ring on the wedding finger in the above photo.

A League of Their Own debuts on Prime Video this weekend. The season finale of For All Mankind, which ended with a “holy sh*t” moment involving Balfour’s character this past week, airs on Apple TV+ this Friday.


← Anne Heche Is In Stable Condition; Celebs Criticized for Offering Thoughts, Prayers | Dumb Ideas For The Big Screen: Watch the Trailer for 'Spirit Halloween: The Movie' →