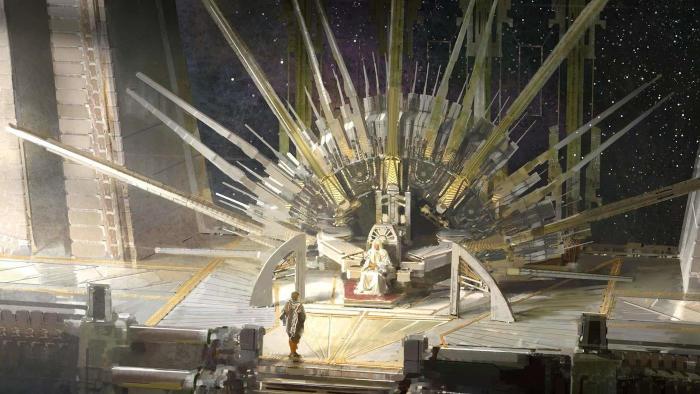 A few years ago, a group called the Sad Puppies tried to organize a block voting campaign that was technically allowed but utterly against the accepted spirit of the rules of the Hugo Awards. Those are the big deal fan nominated awards for science fiction and fantasy, named after Victor Hugo for his legendary unfinished sequel to Les Mes that involved a communist revolution via mechs. (Editor’s note: this is a lie. Or if Dr. Wilson were president, a misstatement.)

In any case, aforementioned Jackass Puppies bemoaned the state of modern science fiction awards with complaints about how there were entirely too many minorities being nominated. They used the term “social justice warrior” repeatedly as an unironic slur apparently having never actually read or watched classic science fiction in which every great character was literally a social justice warrior. Anyway, they nominated several creeps with histories of low sales and light fascism, and a few stand up guys like Jim Butcher, who when learning of the context announced where precisely the offered support could be inserted sideways.

The voters of the Hugos by and large revolted against this bad faith effort at swinging the awards towards assholes, and the ironic effect has been that there hasn’t been a white guy nominated for best novel for the last two nomination cycles. Somehow, we will survive, I’m sure.

In any case, this year’s Hugo nominations just got announced, and they make for a great quarantine reading list. All the novels are available on ebook, so you can either get in a long line on your library’s electronic list, or order them electronically to own. Either way, you don’t have to leave quarantine. Unless you left your tablet out in the hot zone somewhere. I don’t know your life; I just judge it.

Gideon the Ninth, by Tamsyn Muir: This is dark, weird, and hilarious. It’s lesbian necromancers in space. The tagline is: “Gideon has a sword, some dirty magazines, and no more time for undead nonsense”. Either that gets you excited, or it doesn’t.

The Light Brigade, by Kameron Hurley: Look, even Dustin loved this book and he only reads science fiction if someone else throws it hard enough at his head. This is a story of soldiers fighting endless grinding wars that don’t matter, wrapped up in uncontrolled time travel like slamming Quantum Leap into the Forever War. It’s a perfection of darkness exploding into impossible dawn.

A Memory Called Empire, by Arkady Martine: murder mystery and political machinations in a space empire that’s a hybrid of pre-Columbian and the Byzantine Empire. It’s only real weakness is that it’s definitely built to set up a series, and so a lot of the interesting stuff is set up for future books. But, it’s got some fascinating thoughts about the nature of empire. It’s told from the point of view of an outsider who’s always adored the culture and art of the imperial center, but who’s fully aware of the threat the empire poses existentially to her home. It really gets this nuance of how empire is simultaneously a crushing monolithic force, while still being irresistibly attractive. Empires don’t just crush, they seduce with legitimately beauty and art that are inseparable from the horrors of the empire itself.

Middlegame, by Seanan McGuire: McGuire is one of my favorite authors, with absolutely prodigious output. She has four different series of 5+ books, all nominated for Hugos at one point or another, all in the last decade. In fact, she’s the youngest author to ever be nominated for as many Hugos as she has. This is a stand-alone book, and it features alchemists and immortal golems and stories bending the fabric of the universe and a pair of children who have been connected since birth, embodying and controlling all math and all language. It’s weird and deep, and heartbreakingly human.

The City in the Middle of the Night, by Charlie Jane Anders: this one is sadly still on my to read list, but everything Anders has ever written has been incredible, so I’m willing to bet this is no exception.

The Ten Thousand Doors of January, by Alix E. Harrow: also on the still to read list, but everything I’ve heard about it is incredible. I’ve been saving it until I can really savor it.

As a doctor, I recommend you just grab all six on your tablet and carve out the rest of the week to getting started.