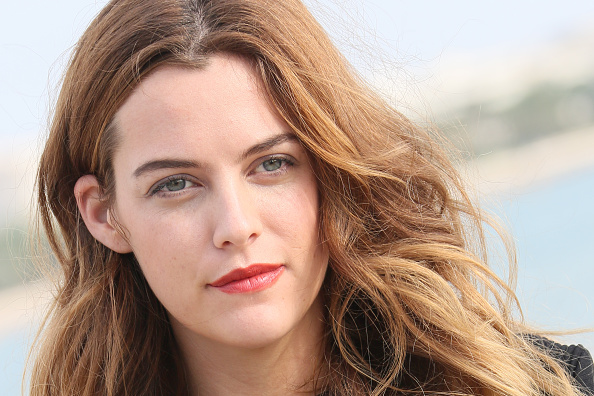 Novelist Taylor Jenkins Reid Is About To Take Over the Streaming World, Too

Taylor Jenkins Reid has become one of my favorite novelists over the last couple of years, soon after I discovered my all-time favorite audiobook, Daisy Jones and the Six, a behind-the-scenes account of a fictional 1970s rock band narrated by Jennifer Beals, Benjamin Bratt, Judy Greer, and Pablo Schreiber. The novel felt similar to a book about a female-led Stillwater, the fictional band from Cameron Crowe’s Almost Famous. I devoured it, and then immediately devoured her preceding work, The Seven Husbands of Evelyn Hugo, which was sort of Sunset Boulevard crossed with The Devil Wears Prada, about a reclusive Hollywood starlet who mysteriously decides to open up to a messy magazine reporter. From there, I jumped back again 2015’s One True Loves, which is a modern and much better version of John Irving’s Cider House Rules about a woman who finds love after her husband is presumed dead after a helicopter crash only to see him return just as she’s finally settling into a new life with a new love.

Her latest is Malibu Rising, set in the early ’80s in the same universe as the ’60s set Evelyn Hugo and ’70s set Daisy Jones. Like those novels, this one takes up the issue of fame, or rather, how fame alters the lives of those it affects. Malibu Rising concerns the four children of Mick Riva, a world-famous fictional musician who fathered three children with his first wife (and another with a mistress) before abandoning them for a second and a third and a fourth and a fifth wife. The book largely concerns itself with how Mick Riva’s children have managed to function in the shadow of their father’s fame without any of the support or other benefits of it.

Nina, the oldest, is forced to drop out of high school to take care of the family and run the struggling seafood restaurant inherited from her mother’s side of the family. However, she also found some uncomfortable fame herself as a model, while her marriage to a successful tennis player is falling apart. The older brother Jay finds fame of his own as a successful surfer, although his career is derailed by a heart condition. Likewise, Hud — three months younger than Jay, and a literal brother from another mother — is a photographer mostly known for photographing Jay, while the youngest, Kit, is just coming into her own.

Outside of flashbacks detailing Mick’s relationship with the mother of his children, June, the novel takes place over the course of 24 hours, during which time the Riva children throw their annual Riva party attended by all the area celebs. It’s also where things within the family come to a head in dramatic fashion set against the backdrop of an out-of-control rager.

Like all of Jenkins Reid’s novels, Malibu Rising is character-rich and easy to gulp down in two or three sittings. She reminds me a lot of two of my old favorites, Nick Hornby and Anne Tyler: Incredibly accessible, character-driven writing that’s smart and often steeped in pop culture, but flows with ease. Her writing makes it feel as though we’re observers on the periphery of the drama, which is often why Hornby’s novels have adapted so well to the big (and small) screen. Likewise, Malibu Rising is being adapted into a series for Hulu by Liz Tigelaar and writer Amy Talkington (Little Fires Everywhere), while her last three novels are also in various stages of development (Daisy Jones by Amazon and Reese Witherspoon with Riley Keogh and Sam Claflin, and One True Loves is being adapted into a film starring Phillipa Soo, Simu Liu, and Luke Bracey). She is that kind of author, one whose work translates well to screen because she makes it so easy to envision. You don’t see words or sentences. You see scenes. Her novels are tailor-made for the streaming era, too: Mid-budget, character-driven dramas with a lot of heart, some levity, and a lot of awards-worthy material that will be perfect to watch while we’re folded into couch cushions.

In fact, you should get in now, because Taylor Jenkins Reid is gonna be omnipresent before long, and our entertainment options will be the better for it. Malibu Rising, meanwhile, is currently available wherever you get your books (and the audiobook, FYI, is narrated by one of the best, Julia Whelan).