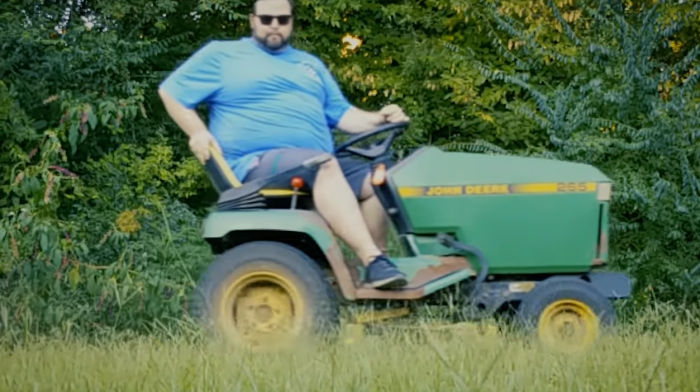 If 'The Dad Joke' Was a Song: Guy Makes a Pitch-Perfect 'Dad Guy' Billie Eilish Parody

Song parodies are notoriously difficult to do. You have to strike a very fine balance between mockery and affection. You have to hew close to the original template, but veer creatively too. And if you’re adding a visual element to the effort then that immediately multiplies the amount of work and careful consideration that you’ll need to do.

In the professional parody realm, Weird Al Yankovic reigns supreme, having been producing killer work that does exactly what good parodies should do for nigh-on four decades now. YouTube user FunkTurkey had Weird Al in mind when he set out to parody the hit song ‘Bad Guy’ by the hugely popular Billie Eilish. As he said in a Reddit comment regarding the video:

‘Weird Al said that the best parodies are the ones that gently poke, and don’t overkill or run a joke into the ground. I aspire to be like the master.’

And just because I need absolutely minimal excuse to post this, here’s a bonus gem:


← Reddit Asks the Question: 'What Beloved Childhood Meal Do You Now Hate As An Adult?' | Review: Amazon's 'Carnival Row' Is A Grim and Pointless Fairytale →