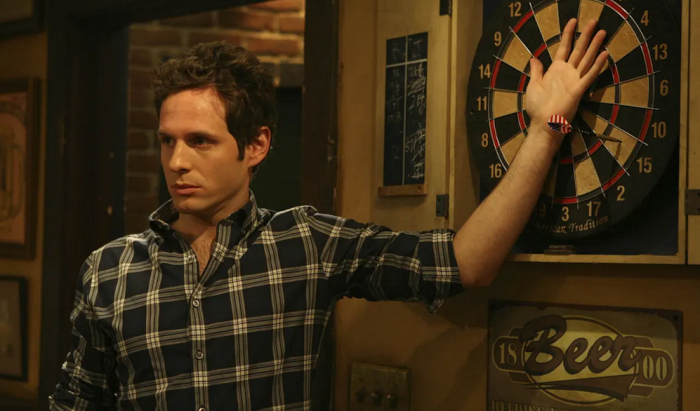 Sometimes audiences are blessed by performers who come along and who don’t just turn in a performance—they deliver the performance, embodying a character so fully and completely so as to make it nigh on impossible to imagine anybody else taking on that character ever again. Sometimes the performance is so good that even if someone else has played that character before, or indeed after, they still remain powerfully linked to that indelible interpretation that makes it hard to think of any of the others. Twitter had this rare acting spectacle on its mind when it pondered the following prompt:

Name a character who absolutely COULD NOT have been played by any other actor. I'll start: pic.twitter.com/rXyKk2uKAh


I want to say basically everyone in Fargo pic.twitter.com/JC1qws5GnF

I got a duo for you: pic.twitter.com/4zcUbpS8kq


My initial thoughts were well represented in the replies, so here are a couple others pic.twitter.com/KH86q94870

Idk why I feel this way but the entire Jurassic Park trio pic.twitter.com/BK4cMd6Mdm


Angela bassett in "What's Love Got To Do With It* 👏🏾👏🏾 she ATE this role. pic.twitter.com/E81oYSA4DS

Edie McClurg did her own hair for this part, and ad-libbed the line "They think he's a righteous dude." pic.twitter.com/q0GrYrtyuP


Haven’t seen this one yet. pic.twitter.com/RsCynby88Q

There's nobody else who could have done this. pic.twitter.com/cKYktFQHhV


Lots of great contenders here. My suggestion is a bit of a cheat. pic.twitter.com/LvpvFOoJr5


I understand both these characters have had multiple versions on screen. But no actors have, and will never, come close to ever doing this level of performance for them and frankly, couldn’t. Which is why they will likely always remain the most famous portrayal of both. pic.twitter.com/ny5hDnSc94


The only person who can play Austin Powers is Mike Myers pic.twitter.com/aTXcb0yCcZ

Only going to say this once… pic.twitter.com/pUmZ83h6pX


Charles Dance as Tywin Lannister 🫡 no one took over the scene like him when he entered so imposing “YOURE MY DAUGHTA” pic.twitter.com/GXtoliuGgi

Aubrey Plaza as The Shadow king in Season 1 of Legion. Loved Navid Negahban for season 2 & 3, but Aubrey brought a different vibe that I will forever love and is one of my favorite villains in media. pic.twitter.com/yZqdqnu5CS


Jeffrey Wright and Bowie as Basquiat and Warhol pic.twitter.com/RQOiu68QZj


Well, it needs to be an actor who makes the character so iconic you can’t even bother to think about anyone else. Here are 4: Close (Fatal Attraction), Tomei (MCV), Stone (Casino), Pile (Gone Girl). pic.twitter.com/zu8fTmH0uy


Bee thinking about this one ever since I heard they first cast nic cage pic.twitter.com/aBlESvAQtV

his range. every character he played had to be played by him https://t.co/m2yfk1GFqM pic.twitter.com/vQ62CyP3ii

no other actor could've played dennis reynolds like this pic.twitter.com/wpeEuRIg3X https://t.co/RDsVMZwBya


← Hugh Jackman Pleads With The Oscars Not To Nominate Ryan Reynolds | Whatever Happened to the USA Network? →