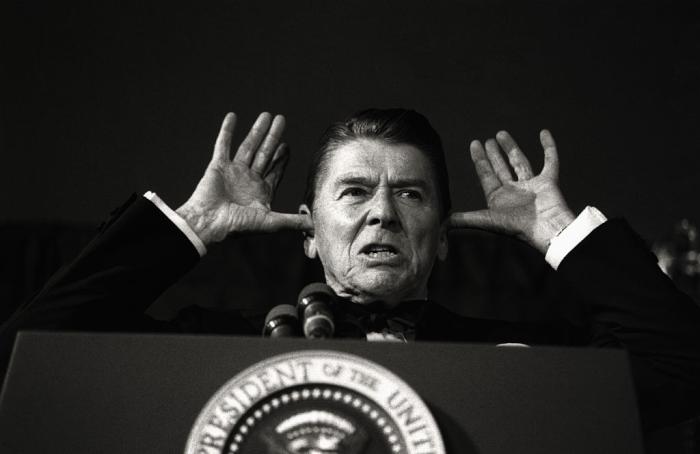 Just this morning, while wandering the hostile and cacophonous landscape of Twitter, a lonesome twinkling thread caught my eye. Jauntily frolicking with a twinkle in its eye and a spring in its step, it sprung forth when writer Jessica Blankenship posed the question:

what are some notable things that we, a terrible society, collectively misremember?

The funny thing about the phrase ‘what do we collectively misremember?’ is that it’s so often a code for ‘what is the version of reality we have been brainwashed to accept by our rulers?’ Propaganda, psy-ops, misinformation campaigns—modern Western society is so saturated with it all it’s enough to get the corpse of good old Eddie Bernays weak at his decomposed rotten bastard knees. Either way the thread that followed Blankenship’s question was fun, depressing, and instructive in equal measure—even though the phrasing template being used by people in response was sometimes inconsistent. You get the gist. Look:

what are some notable things that we, a terrible society, collectively misremember?

Pretending that the West was empty and waiting to be settled

The history of the Black Panthers, and how because of them we have WIC (govt provided food for women and children) and breakfasts in schools.

Cowboys were mostly Latino and/or gay, not rugged white heterosexuals.

that reagan was a good president

I can never, ever, ever stop thinking about what actually happened to @MonicaLewinsky.

I don’t know if this counts, as its fiction. But the book Lolita. Every one thinks it’s about a precocious sexy adolescent girl who willingly has an affair with an adult man. It’s actually about a child being raped, abused, threatened. She cries herself to sleep at night.

That Hawaii was forcibly integrated into the United States at gunpoint by the US gov’t, acting at the behest of the Dole Fruit Company’s financial interests.

That there was ever a time when anyone besides a minority of rich white women were able to do what we'd consider full time homemaking today.

Poor women and women of color have rarely had that ability, and a "farmer's wife" is a farmer whose agricultural labor is being erased.

Upton Sinclair's The Jungle is actually a devastating condemnation of capitalism, but I didn't find that out until college because what I learned was "The Jungle was an expose of sausage making conditions, and so we made the FDA"

The Soviet Union defeat the Nazis, not the United States. 4 out of 5 German soldiers killed in the war died on the Eastern Front & the Soviets lost 27 million ppl doing it - more than 50 times what the US lost in the entire war.

Life before 1970 for women.
This means birth control, safe, legal abortion, it being ILLEGAL to beat/rape your wife, having our own paychecks, bank accounts, child custody, right to legal no-fault divorce.
Every time I hear “I’m not a Feminist” it makes me want to scream.

The Alamo was a battle by Texans to preserve the institution of slavery, which was illegal under Mexican law.

The idea that the Middle East has always been this constant war zone full of religious extremists, when it was really quite stable for most of its history and it was the actions of western colonialists around the end of WWI that led almost directly to the current situation.

Amy Winehouse and Brittany Spears we’re talented young women who needed help and all we did was laugh at them for personal entertainment.

Workplace safety, 40-hour work weeks, sick leave, pensions, etc. were provided as a result of business owners interested in looking after their employees.

The history of labor movements in the US.

The USA is one of the most heavily propagandized nations on Earth. We are not offered much knowledge in childhood, there is so much we have to discover and dig it up for ourselves.
This thread says a lot!

Everyone thinks there was at least one era of SNL where the show was actually funny, but there's never been one

← Our COVID-19 Response Has a Typhoid Mary Problem | Book Review: With 'Legendary Children', Tom and Lorenzo Offer a Brief History of Queer Culture Through the Lens of 'RuPaul's Drag Race' →