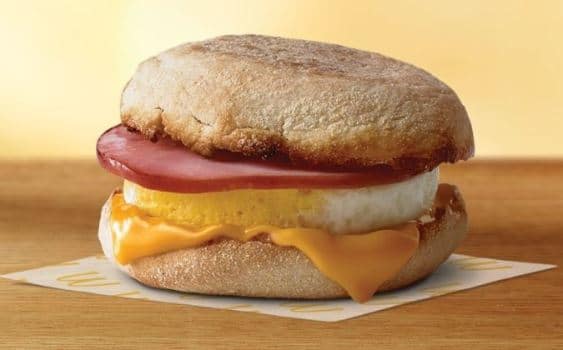 Ever since well, forever, some police officers seek to bolster their position within the community via sympathy for supposedly being treated poorly by minimum wage workers that probably can’t afford to lose their job. There was a very recent claim by officers on the NYPD that they were poisoned by milkshakes from Shake Shack. (No, they were not poisoned.)

Today, an officer is trending under #McMuffin after sharing this complete meltdown on Twitter and having it picked up by idiots as proof of cops being treated poorly.

Stacey who has been a cop for 15 yrs went to @McDonalds She paid for it in advance and this is how she gets treated for being a cop😢😡 Come on America. We are better than this. pic.twitter.com/IcudsNfVLY

If you think that people went after Officer Karen, you are very correct, sir and or madam.

There is the fact that EVERYONE pays upfront for their food in a McDonald’s drive-thru because that’s how that works when you don’t want people to drive off with free food. Additionally, McDonald’s isn’t a beacon of customer service and speed there, Brenda. Sometimes they get overwhelmed and food has to be prepped fresh to get it to customers. I don’t know anyone that hasn’t had to wait for fries, a sandwich minus a tomato, or anything else.

God help us the day Officer Karen wants a shake and the machine is down.

Having a meltdown like this over a fucking breakfast sandwich tells me that Officer Karen here needs to find another job.
This person should not be allowed to carry a gun.

Maybe @McDonalds should reply this way to Stacey's rant :

I am speechless. Black people are worried about getting killed in their sleep and cops are having nervous breakdowns about hash browns. Police officers need to be able to handle high pressure, life or death situations, and Stacey has gone viral because her McMuffin was late https://t.co/sTVIINM0oS

DAMN IT. Dipsh*t Jr. is running with it.

If The McMuffin Incident is a *three-siren event*, @DonaldJTrumpJr, where do your father's war crimes in Syria, the lies he told about Soleimani that led to 200 U.S. casualties in Iraq, his collusion with Russian intelligence in Ukraine, or the fact that he's a serial rapist land https://t.co/3db0UPy9Jp

Conservatives are showing more compassion for the cop who didn’t get her Egg McMuffin fast enough than they did for George Floyd.

Officer Karen: i dOnT kNow hOw MuCh mOrE i cAn tAkE

Oh, Michael Ian Black, please don’t take the high road on this one. If the officer was just stressed out she could reach out and tell people NOT to harass the McDonald’s as suggested by some outraged by her treatment there. She could delete the video. She could tweet out ANYTHING to apologize for overreacting.

her job is being a police officer, anyone having a breakdown like that over a McMuffin doesn’t need to be carrying a firearm? Let alone being put in any actual stressful situations. if these officers emotions are so high they should be on leave. https://t.co/PiitkXti9E

Um, when I said “anything”, I was wrong.

YALLL She cut out the end of the video. It gets worse. She wants this whole thing to “blow over” because she just wants some McDonald’s. @mcdonalds #karen #blm pic.twitter.com/Qb1RLCyTjq

I’m just saying that not everything is something that you need to live-tweet, film, upload, and attempt to get sympathy for and that goes double for a f*cking fast food order being slow. No one is poisoning you and losing their income to face jail time. No one hates you because you are a cop but they will hate you for attempting to garner sympathy when Black people are being shot and lynched with no repercussions.


← This Week on Podjiba: 'I May Destroy You' and a 'Search Party' Game! | Meliani Siti Sumartini Shreds Her Way Through Metal Classics →