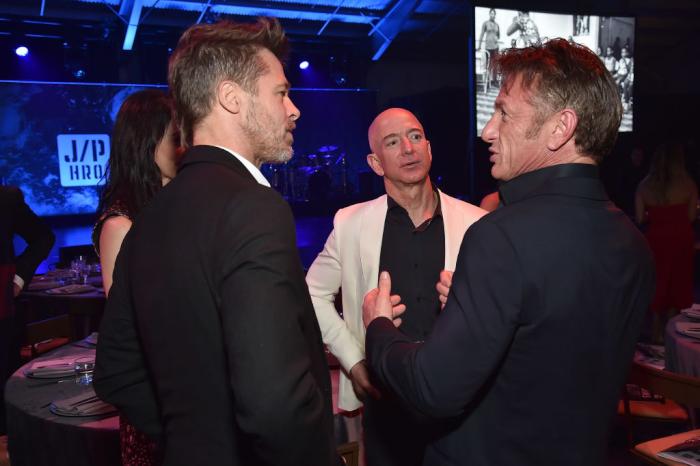 Look at this gilded robber baron swanning into a public high school, dropping down via golden drone transpod from his Elysium perch in orbit to momentarily breathe the air choked with the ashen refuse of his world above; with his suit made from tanned peasant skin, head hand-shined by that little boy who services the engine of the train in Snowpiercer; look at him, god-king of an army of warehouse servants whose every logged bathroom trip under a minute gets him closer and closer to arousal and for whom any mention of a ‘liveable minimum wage’ results in an immediate retreat from that arousal; look at the avatar of everything that is wrong with modern capitalism colliding with a symbol of that which should rightly consume and annihilate him and his parasitic peers—the public sphere, democratic and accountable, free from the profit motive that dissolves all that is good; look at him sliding into a room of young students, expecting to be met with rapturous adoration for some bulls**t ‘charity’ programme that his dogs**t company has set up as a cheap PR exercise in the face of the never ending stream of effluence that they put out into the world, but instead facing a room of nonchalant indifference. I hope afterwards Bernie popped out of a bin in the corner and personally threw him in the stocks and nationalised Amazon.

this generation not giving a fuck about billionaires>>>>>>> https://t.co/akQbonnkXs