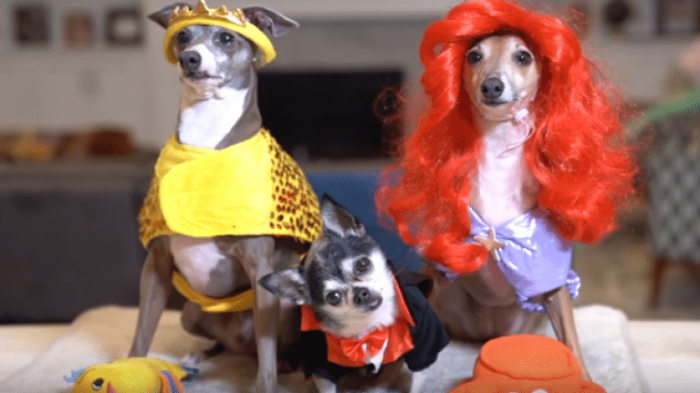 The Best Animals In Halloween Costumes 2019

I know what you all need and I aim to give it to you.

Woof Bader Ginsberg would like you to know she strongly dissents to you having anything other than a Happy Halloween! pic.twitter.com/pFTKRe6dAH

My co-worker dressed up as a unicorn from r/mildlyinteresting

We entered Viserion in the pet costume contest where my parents work as a JOKE and he WON 😂😂 pic.twitter.com/NOzfg1VWcC

Everyone is posting pictures of their pets in their adorable #Halloween costumes and I'm over here dressing my girls like 🥦&🥔
And they know it too pic.twitter.com/y6EADaolNn

Bear is getting ready to go Trick or Treating as Pizza Rat!
🐀🍕🎃👻
Happy Halloween from Irish Rep! pic.twitter.com/OgxNBJ796H

Happy Halloween from my pitbull dressed as Pitbull pic.twitter.com/nwE7YLKNaM

The only ambulance I want picking me up pic.twitter.com/UsLhwhkbAJ


← 5 Shows After Dark: 'Sunnyside' NBC Streaming, 'Vampires of New Orleans' on The CW | When it Comes to Vampires Only 'Blade' Can Compete With 'Twilight' →