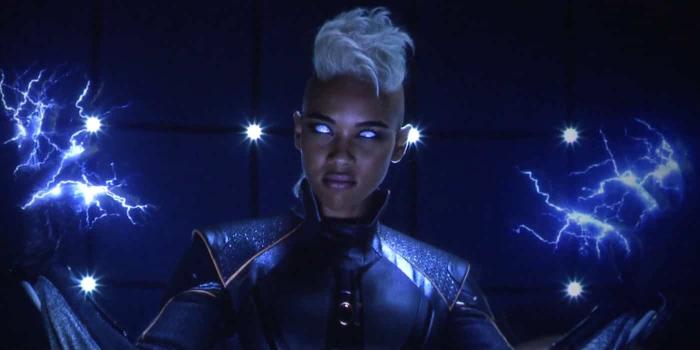 Ororo Munroe/Storm is an African superhero with the mutant power to control the weather. She is Black but has blue eyes due to her mutation and powers. She’s one of the X-Men available in the mobile game called Marvel Future Fight and her in-game icon was just changed to this:

i know charlize theron when i see her pic.twitter.com/j0kI4Q5MrX

Cool, where is she, behind the white girl?

Why is Storm: the Beautiful Windrider, the Mistress of the Elements, the Queen of Wakanda, The Goddess being drawn as a Caucasian woman with a spray tan?

How hard is it to pick out a shade of brown and have that her Official color like Damn! Or the Hulk looking one shade off his usual green and white fanboys would riot

Two minutes in procreate— tried to help a little pic.twitter.com/j68jPGH1vU

Storm has been a lot of different shades in her 45 years as a Marvel hero, but this is possibly the worst time to release an image of the African superhero with Instagram-looking features. She doesn’t look like Storm to me, but are the complaints about her skin tone policing how Black one must be in order to be Properly Black? Or are they fully focused on wanting to keep white features away from one of the most beloved Black superheroes out there?

← Did Donald Trump Suffer from a Series of Mini-strokes? | Conan O'Brien Takes Cue From MLB →