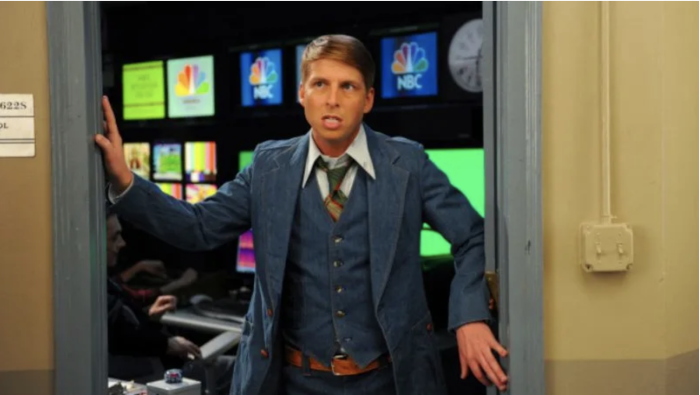 Everyone has a line and when you cross it, things are about to go sideways. Some people have a line about one-quarter inch from their face while others usually can’t see the line until they go over it and snap. Over in Ask Reddit, u/AskReddit_YT wanted stories about the latter type of person and fellow redditors absolutely delivered.

u/RemoteControlled-Cat This woman, “Mary” I worked with was always pleasant and cheerful, said hello in the lunchroom and was generally liked. She worked in Finance in special projects. She said she wanted to retire “in a few years” and she had been working there for 15 years.

Her boss started pressuring her to complete our annual budget report faster, but this thing is huge and comprehensive and a figurative beast. “Mary” told the boss it would be ready in a couple of weeks, per the usual schedule.

The boss said that it needed to be completed within one week to give to the higher ups. “Mary” said it wasn’t possible. Boss emailed “Mary” + Cc a bunch of coworkers and the Assistant Managers, calling “Mary” out for a poor work ethic and for making the department look bad.

“Mary” said it wasn’t possible and didn’t appreciate being bullied. She put in her notice to retire by the end of the week, leaving her boss high and dry. She was the only one who could do the budget report in a timely manner - so the Department was double fucked.

u/PryzeTheBest She was an assistant manager and was known for being soft spoken.

At a manager meeting one of the General managers (who was known for being a total jackass to everyone) was going off on how every store should be run. Well, she snapped. “You have the highest turnover rate out of any store in the district! You can’t keep employees for more than 6 months before they just quit all saying you were the problem. Maybe you should take that “advice” you’re giving us and use it on yourself.”

Edit: WOW! I didn’t expect this to blow up and thank you so much for the silver! So for anyone who’s invested in what happened next. She put in her two weeks not even 3 days later. The manager who she yelled at was transferred to a different location out of that district. The store he managed has since bounced back and has been doing very well.

u/armadillowillow When I was in high school, my group of like 6 friends were sitting at a round table in the cafeteria for breakfast. A table over, some girls had been tossing small chunks of their food in our direction. My one friend (M) wore her hair in an unusual, spiked up style & I guess the girls at the table were trying land food in her hair while cackling to themselves.

Cue my quiet, sweet, introverted friend (K) getting so angry I swear steam was coming out of her ears. One of the girls had thrown a decent sized piece of her egg patty at us & it landed on the floor near K’s foot. K proceeded to step on the egg patty, pick it up off the ground, walk over to the table of bullies, and shove the egg DIRECTLY INTO THE MOUTH OF THE ONE WHO HAD THROWN IT!

This was such an amazing moment in my high school memory. I couldn’t believe what I was seeing as K was the last person I would’ve expected to do that. Of course she did get in trouble but she didn’t regret it one bit.

u/KindRedPanda One of my middle school friends, whom we’ll call Bob, was about a half foot shorter than everyone else. Everyone was around 5ft. He was an interesting (in a good way) dude. Interested in learning, played video games, was great to hang out with. But he looked scrawny. Didn’t look like he could hurt anything if I’m being honest. For some context to the story, our gym teacher was an asshole. Gave nicknames, some good, some bad- to everyone. He was always sarcastic. Always berating everyone, speaking down to us instead of encouraging them.

One day the gym teacher says something about Bob’s mom. Which Bobs mom had fibromyalgia and some other conditions making her weak and unhealthy not by choice. And something In Bob snapped. Bob completely took down this 6.5ft monster gym teacher. Gym teacher looked like he stood no chance at that time. They were quickly pulled apart and Bob got expelled and had to move school while the Gym teacher was fired for fighting a student and being an overall asshole.

u/Master_J_2003 Back in the 6th(?) grade I was in a class with this kid we’ll call Hudson, now Hudson was the nicest calmest kid in the entire school and almost never spoke a word.

Then came along someone who we’ll call Will, Will was from a nearby city and since we were all from a small little town he thought of himself as above everyone else. This resulted in him being an overall piece of shit to everyone around him whether it be students, EAs or even teachers.

One day Will decided he wanted to try picking on Hudson who was sat quietly reading a book. Will walked up to him, spat in his face and took his book and proceeded to tear out pages from it.

Now, Hudson was a huge bookworm so seeing a book having its pages being torn out by Will must have snapped something because he lets out this unholy shriek and launches himself out of his chair and right onto him. Hudson then proceeds to beat the absolute crap out of him and then just when you thought he was done he grabs the book and begins smacking him with it, I’m talking meaty slaps here these could be heard very clearly.

After almost a full minute of Hudson beating him with a book a teacher finally returns to the class only to see the quiet kid beating the ever loving shit out of the prick with Harry Potter: The Deathly Hallows.

If I remember correctly Will managed to get off with only 3 days suspension and Hudson got at least a full week, when Will came back he had a broken nose and enough bruises to make him look like a human grape if you looked at him right.

Needless to say Will didn’t mess with anyone after that.

u/ComprehensiveMelon I’m a journalist and as in every daily newspaper, the office is one constant noisy brawl, papers flying about, editors yelling at each other, chief editors yelling at editors etc etc. So in comes Steve. Steve is a god-driven dude, really quiet and introvert, he’s been working as a page designer for over a decade, he never swears, he never shouts, he never even shows a sign of discomfort. Anyhoo on a very stressful day, with half an hour to go until print and half our systems non-operational, there are approximately 7 people over Steve telling him what to do simultaneously, including the editor in chief and the chief executive of the journal. Around them there are about 40 more people preparing for next day’s edition, with all the yelling and shouting I mentioned before.

Steve stops. Steve kindly removes his glasses. Steve pushes slowly his keyboard out of the way and climbs on the desk. Steve releases a primeval cry to get everyone’s attention and goes: “HBGUUUAAAAAAAAAAAAAGH. EITHER YOU ALL SHUT THE FUCK UP RIGHT NOW OR I’M GONNA BE REMOVING THE SHIT OUT OF YOUR ASSES WITH MY DICK UNTIL SUNRISE”.

Noone talked after that, noone laughed at Steve, and a few people even forgot to breathe for a few seconds from the shock.

We’ve called him Bad Motherfucker Steve ever since, even got him the same wallet as Sam L. Jackson has in Pulp Fiction.

← Meghan McCain Shits All Over Trump's God Awful Coronavirus Address, As She Should | A Running List of Movies Delayed by the Coronavirus →