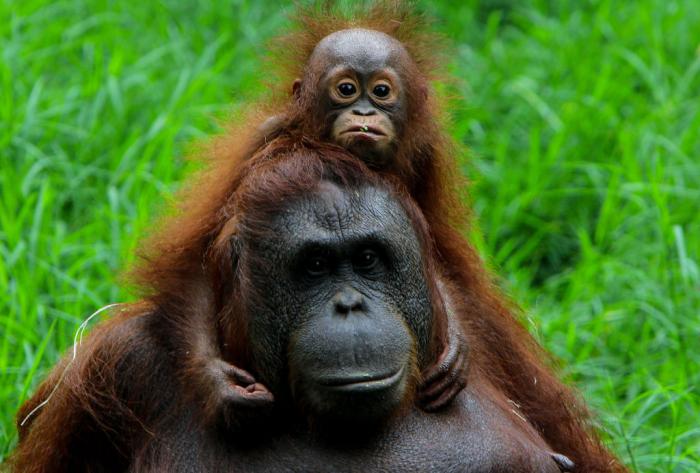 Orangutans are incredible creatures. Native only to the islands of Borneo and Sumatra, these great apes are classified into three species: The Bornean, the Sumatran, and the Tapunali (only confirmed as recently as 2017). All three are also classed as critically endangered. The Bornean population currently stands at 100,000 individuals, while there only 14,000 Sumatran orangutans left, and fewer than 800 Tapunali. Thanks mainly to the destruction and fragmentation of their natural forest homes as a result of logging, palm oil industry, and climate change, the population of Bornean orangutans plummeted by about 100,000 individuals just between the years of 1999 and 2015. In the next 18 years, Borneo is likely to lose around another 220,000 km sq of forest. That is roughly equal to about 30% of its total land. Though the forest loss does appear to be slowing somewhat compared to the horrific rate that it has already undergone, the orangutan population will suffer proportionately as a result. Like for so much of the natural world that capitalism has devastated, urgent interventions are needed in order to prevent orangutans from becoming just another memory. These majestic animals deserve so much more than being reduced to a tragic ghost haunting the canopies of Indonesia.

Here, let’s take a moment to appreciate this wonderful animal with this video that TikTok user Lola Testu uploaded from their trip to a zoo in Indonesia last year. Look at this stylish motherfuc*er: