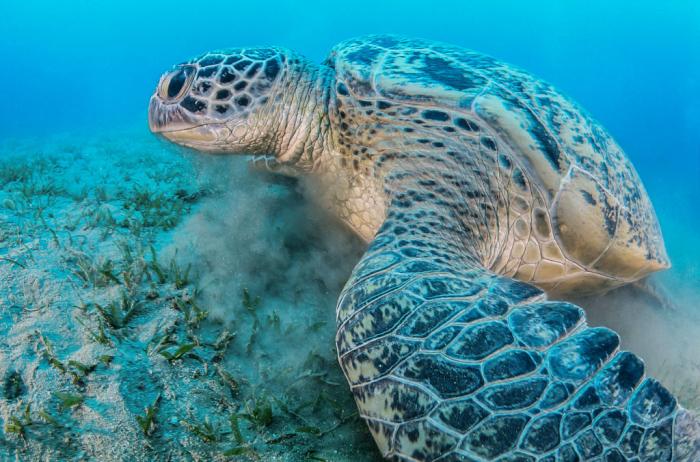 More Proof That Life Is, Apparently, Sometimes a Disney Film

The green turtle (Chelonia mydas) is one of the largest turtle species in the world. Found mostly in tropical and subtropical waters, it is also—uniquely among its genetic family—mostly herbivorous, often feeding on seagrass found in the lagoons the green turtle frequents. Similar to other sea turtle species, green turtles embark on long migratory journeys that take them from the beaches where they hatch to their feeding grounds. Individual green turtles can live up to eighty years, though the species is classed as endangered, with the primary threats to their survival being the hunting of adults, overharvesting of eggs, the destruction of beach sites for nesting, and getting caught up in fishing gear.

Green turtles are also just stunningly beautiful. Just look at this incredible thing, cosying up into a sea sponge and taking a nap: