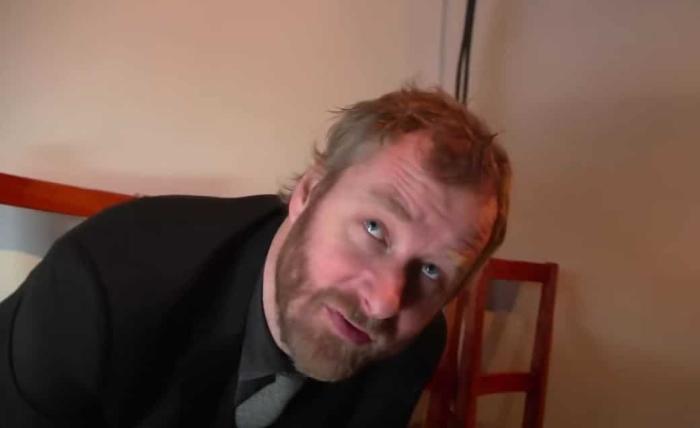 "Is The National Antifa?" Is A Question We Have To Answer Now

Here are a couple of things:

1) Antifa is a political protest movement comprising autonomous groups affiliated by their militant opposition to fascism and other forms of extreme right-wing ideology.

2) The National is an indie rock band originally from Ohio who now mostly live in New York, and you know at least one middle-aged white person who loves the balls off of them.

Why do I bring these things up? Because the internet is a stupidity factory where people can no longer tell the difference between people who are perpetuating knowing lies for political gain, people are using sarcasm to troll the people perpetuating lies, and people who are just so shockingly stupid, you’re not sure how they remembered their own home address long enough to sign up for internet service. Which brings us to a tweet from the non-suspended account of … *sigh* @LilBlondie45.

So who is Aaron Dessner, and why does Michelle American Flag PUT CUOMO IN A NURSI want him arrested? Because she thinks (or doesn’t really think, but decided to lie for personal or political gain) that Dessner, the guitarist for the band The National, is a man that Racist Twitter has identified as an Antifa leader who was paying people to loot and riot (I’m not going to link here to any of the tweets showing the guy at the protest because there’s absolutely no indication from the video that he’s broken any laws or that he’s even a member of Antifa, but no, they don’t actually look that much alike. They look as much alike as that time I did yoga for a week and unironically told a friend that my body is “basically as good as Scarlett Johansson’s now”). So she posted that tweet about how she found the riot inciting Antifa leader, and exposed him. She did not.

Now before I get to the goof making, I need to highlight that Aaron Dessner woke up to a shitton of tweets tagging him as an enemy of the state who needs to be imprisoned immediately. And while the tweets didn’t dox him, having to deal with this bullshit is probably a nightmare and addressing it probably sucked.

I'm very fortunate and grateful to wake up every morning in the rural countryside I live in, looking at farmland and these beautiful mountains. I've been here for three months now isolating with my wife and young children. This morning I've woken up to the unpleasant and surprising news that I've been misindentified by some social media users as someone seen encouraging rioting in Columbus, Ohio — I am not the person some are suggesting I am. Nor have I been in Ohio since June 2019. However I do FULLY support peaceful protests and activism against endemic racism and racially motivated violence in this country, which somehow continues generation after generation after generation. Like so many, I'm hoping for peaceful resolution and actual progress addressing these persistent issues in our society.

But now that I’ve fulfilled my internet duty by reminding people, “Don’t accuse people on the internet of committing crimes when you don’t even have proof that a crime has been committed,” the fun stuff. First, never give a National fan an excuse to talk about the band. We love them (hi, hello, I’m that middle-aged white person I was referring to earlier. It’s me). We love them, and somehow, we never get to talk about them enough (because we are annoying). And when we do, we will overwhelm your mentions with jokes using their song titles because we are a nerdy people. Aaron Dessner is Easy To Find. They’re planning to Start A War. Trouble Will Find Them. And so on and so forth. My personal favorite?

He's getting mistaken for a stranger by his own friends.

But aside from giving geeks a chance to geek out on a subject, I have a much deeper, perhaps less frivolous point I need to make about the situation. Because song title jokes aside, I think we need to address the fact that AARON DESSNER HAS A TWIN BROTHER WHO IS ALSO IN THE NATIONAL.

(Please forgive the self-embed. I just really, really needed to include that specific picture of them.)

So what the fuck? How did Betty White Supremacist up there decide that Aaron is the Antifa one, and not his brother Bryce? Was she systematically checking off every shorter, slight, white man with curly hair and a beard on Twitter, and this is the one time that not being first alphabetically has paid off for Bryce? Are we *ever* going to address the fact that if Merry and Pip had babies, they would absolutely be the Dessner Twins?

(See, this is why I needed that photo.)

Anyway, people are the worst, The National rocks, and I’ll love puns forever. I’m the Guilty Party, and I refuse to Walk It Back. Graceless.

← Nice Face, Shame About the Face: Falling Down the Rabbit Hole of Plastic Surgery Instagram | Anna Kendrick's 'Love Life' on HBO Max is Basic as Hell →