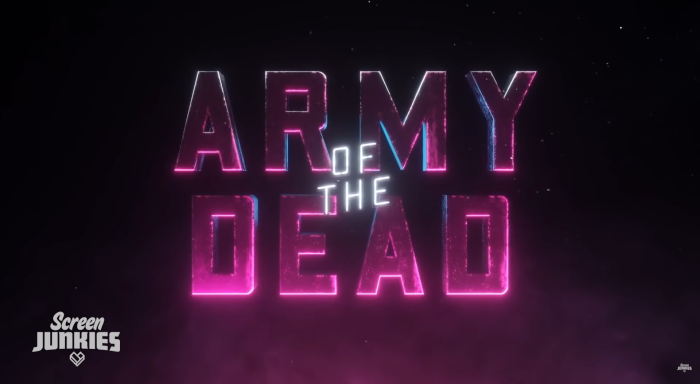 Honest Trailers Takes on Zack Snyder's 'Army of the Dead'

I recently rewatched Zack Snyder’s Dawn of the Dead, and, man, does that hold up. It’s shallower than the original, with a different focus, but it’s wildly entertaining and well made. To think that it was the director’s debut makes it even more impressive. It’s helped along by a James Gunn script, but the 2004 remake of George Romero’s classic zombie film feels unlike any other Snyder film released since. Granted, of the director’s other works I’ve only seen 300 and Watchmen, but even going by that limited pool of experience, Dawn of the Dead seems to strike a far better balance between nihilistic spectacle and actual humanity than his later output.

I wouldn’t say that I rewatched Dawn of the Dead in preparation for Snyder’s recent return to the world of zombies—I wasn’t even sure that I was going to bother with Army of the Dead—but the news around the release of the latter did remind me to investigate whether the former still held up all these years later. It did. Which is unfortunate for Army of the Dead, because when I then watched that, all I could think about while bored out of my skull throughout, was the contrast between the two: ‘Damn. What a shame. He’s probably not getting back there again.’ Poorly shot, littered with bad jokes, with uninspired action and barely there characterisation throughout (sorry Bautista, still love ya)—and with so many plot holes and illogical inconsistencies that even my usual forgiving self couldn’t wave them away—Army of the Dead fell pretty much totally flat for me. I clearly wasn’t the only one to think so, as Screen Junkies just released an Honest Trailer for the film that touches on a number of my problems with it: