Please stop whatever you’re doing right now and just look at this.

This is a clip from Russian-language broadcaster Mir TV, featuring reporter Nadezhda Serezhkina and a colourful, somewhat ice cream-looking microphone, as well as a surprise co-star who upstages her in the best possible way imaginable:

God, I just can’t begin to explain how much I love everything about this. I love the idea that Serezhkina must have managed to somehow completely ignore one of the most perfect creatures to ever exist as it came bounding toward her. A Golden Retriever, an effervescent ball of joy and light, was making a beeline for her, and Serezhkina managed to focus solely on the task at hand: Reporting the news. I’ve watched that clip a bunch of times now, and I still can’t make out any sign on Serezhkina’s face that there is anything unexpected happening on the other side of the camera. Not a quick sideways glance. Not a flicker on her features. She remains a calm crystal lake of professionalism, and we have no way of knowing what’s about to happen. Until:

What an incredible frame. In this split second, as time hangs suspended, Serezhkina is still completely unfazed. If you photoshopped the dog-shaped golden blur out of there, it would look perfectly normal. Just a run of the mill news report. Nothing to see here. But no, the blur tells of a different reality. A reality featuring a determined, furry missile.

I love how after her microphone is nicked by this most goodest of thieves, Serezhkina doesn’t miss a beat. She doesn’t stand there in shock, failing to comprehend an entirely confusing situation. She doesn’t break down laughing at the cartoon nature of her predicament. Both would be perfectly justifiable reactions. No, she takes off in hot pursuit immediately, chasing after the Retriever as the cameraperson blessedly pans to follow the action and we get to witness a bit of classic silent movie-calibre visual slapstick, as Serezhkina’s chase is counterposed against the sequence of looks that the anchor back in the studio cycles through as she processes this incredible event unfolding in front of her. 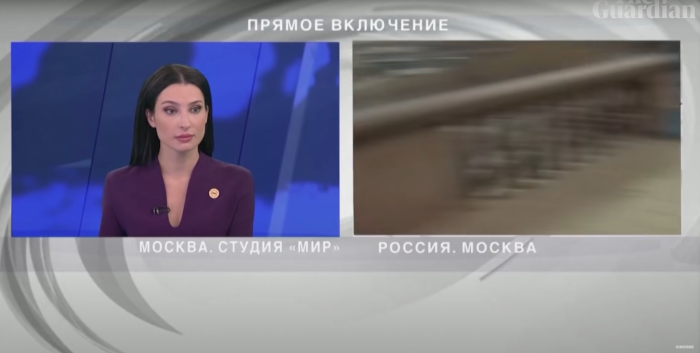 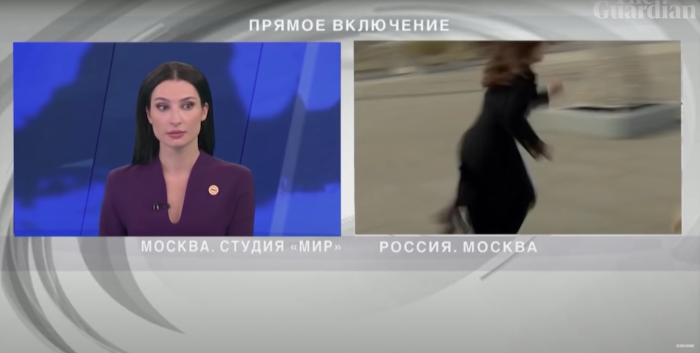 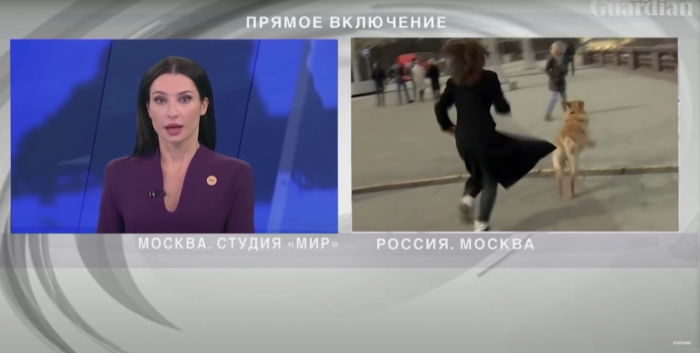 What I love the absolute most about all this is the fact that the clip could have ended there. It’s already given enough. But it doesn’t. Instead, it comes back to provide an ending that creates a miniature dramatic arc. The reconciliation. After we see Serezhkina exit stage left, the footage cuts back to the studio. Then, another cut, and we’re back, some indeterminate time later, with Serezhkina again. Only this time, peace has been achieved. A happy, panting good boy sits next to the reporter, and she pets him, all strife forgotten, misunderstandings swept aside. But the best part about this sweet coda: The brief moment where the Retriever ponders the mic again. It lasts less than a second, but he glances at the mic in the complete opposite way to Serezhkina’s earlier poker face. Everything is legible on that face. We know what you’re thinking, doggo. We know. The temptation is still there. And bless you forever for it. Even the studio anchor gives the camera a knowing, ‘That’s all folks!’ Looney Tunes look! 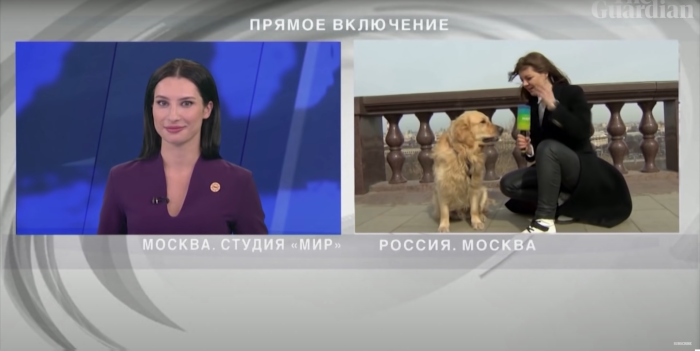 ← Amber Ruffin Has A Style All Her Own And That Deserves To Be Celebrated | Netflix's 'This is a Robbery' Review: A Scattershot but Intriguing Unsolved Mystery →

Image sources (in order of posting): YouTube, The Guardian