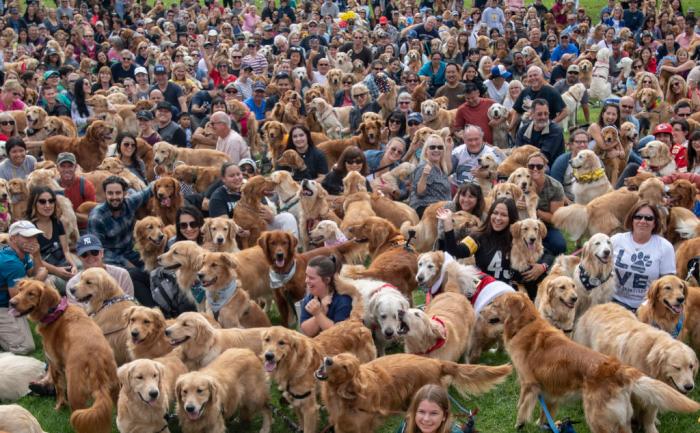 I dunno if you’ve noticed, but the world is in a bit of a state right now. The far right is on the rise, catastrophic capitalist climate change threatens to wipe out vast swathes of humanity, and irresponsible extreme right governments are playing a game of chicken with a rapidly spreading communicable disease. But I don’t need to remind you that the world’s a mess. I know it’s a mess. You know it’s a mess. What I do want to remind you of on this Tuesday—that most depressing doldrum of days—is that there is still good in the world. That angels walk this Earth. Golden angels that walk on four legs and have way too much sheddable fur. Because, I mean, look:

← As Fissures Open Up at Fox News Over Coronavirus, Tucker Carlson Provides the Voice of Reason | Billie Eilish Takes Off Her Shirt In Concert, Reveals The Industry's Hypocrisy →