Stop whatever you’re doing with your life right now.

Stop. Stop and look at this. Comrade Chambers shared this in the Pajiba writers’ Slack channel earlier and my life has not been the same since. This is the most important scientific discovery of the 2020s: When drunk, Chris Evans becomes Charlie from It’s Always Sunny in Philadelphia, and thus, in one single deft manoeuvre, becomes Best Chris for the rest of time. That’s it. No contest. It’s over. Look!

drunk chris evan sounds and acts like charlie day from it's always sunny in philadelphia pic.twitter.com/RtYW3JTwDC

The cadence, the repetition, the half-attempted sentences and aborted tangents, the body language. I mean look at this face and the way he says, ‘Alright!’: 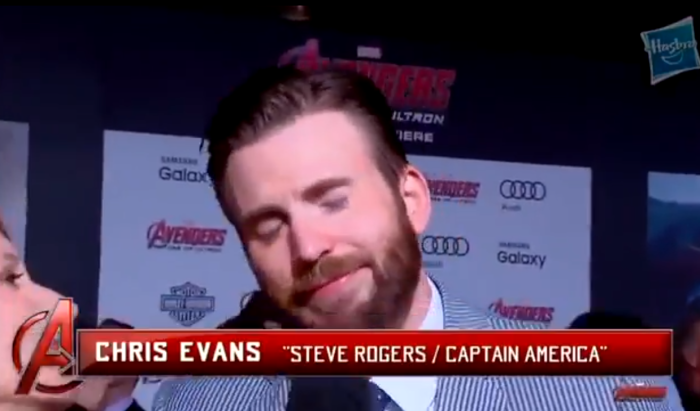 Charlie’s done that face so many times. He might as well be pivoting to an explanation as to why he isn’t technically illiterate, he can totally read and write, he just doesn’t like to read and write!

Things will never be the same again.

I said the real Captain America!

← Who Is Angelyne, the Woman Emmy Rossum Will Be Playing In Her New TV Series? | Honest Trailers Do Every Quentin Tarantino Movie →