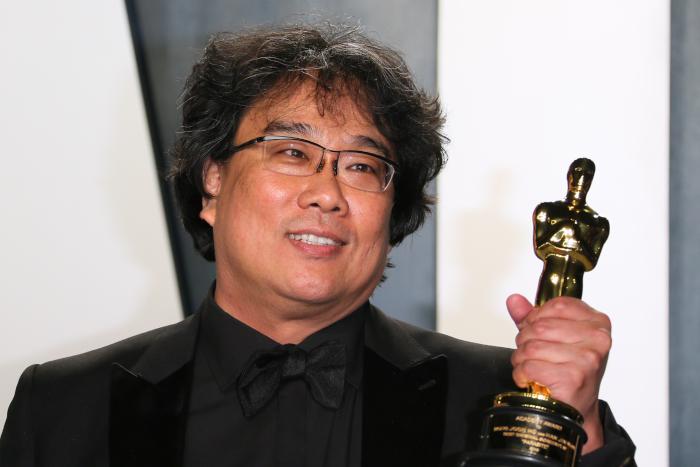 WTF is the 'Parasite' HBO Series About? Bong Joon Ho Provides Some Details

Parasite won big at the Oscars, taking home four Academy Awards in total, including the awards for best director and best picture. In one night, Parasite became the first non-English language film to take home the coveted best picture award — an award it greatly deserved!! Next up for director Bong Joon Ho is his team-up with Adam McKay for HBO’s limited series based on Parasite.

While it’s still a ways away from being released, Bong Joon Ho did provide an update a while ago on what to expect regarding the HBO Parasite series. When the series, which is set to consist of five to six episodes, was first announced, Bong Joon Ho spoke about the many details that never made it into the film.

Well, it turns out these same details will be explored in the limited series. Bong Joon Ho provided a clearer picture of what the series will entail (via TheWrap):

“When the original housekeeper Mun Gwang (Lee Jung Eun) comes back in the late-night, something happened to her face. Even her husband asked about it, but she never answered. I know why she had the bruises on her face. I have a story for that, and aside from that, why does she know the existence of this bunker? What relationship does she have with that architect to know of this bunker? So I have all these hidden stories that I have stored.”

That is incredibly exciting! Think of all the possibilities! In addition to that, Collider is reporting that Mark Ruffalo is being eyed for one of the lead roles in the limited series, though no one has any idea who he might be playing. Still, I trust Bong Joon Ho to create something beautiful, nuanced, and perhaps just as intense as the original movie was. Until then, you should watch and rewatch Parasite, just in case you missed any details.