Growing up with sisters a decade younger than me, I was exposed to a lot of things that I probably wouldn’t have watched, otherwise. Some of that was less than ideal and actually fell much much closer to the “nightmare fuel” end of the television spectrum — Teletubbies, The Wiggles, the smug, condescending bastard known as Caillou. Some were pleasantly funfetti enough that I didn’t mind watching them over and over and over — SpongeBob SquarePants, The Fairly Oddparents, Hannah Montana. Some of them I liked because they showed families that looked and felt closer to mine — That’s So Raven, Taina, The Proud Family.

And then others were completely game-changing. I’m talking, of course, about Avatar: The Last Airbender. The show, not the movie, because I’m pretending the movie never got made. Not even my thirst for Dev Patel is enough to justify that travesty.

Now that Avatar: The Last Airbender is on Netflix, you should absolutely be watching it. Yes, because the legend known as Rufio plays a main character and is given the best redemption arc of all time. Yes, because the show stands on its own merits as one of the greatest stories I have ever seen. And yes, because it showcases non-Anglocentric storytelling in a style suited to both kids and adults. A style that is highly influenced by Asian and Aboriginal cultures, yet still somehow uniquely its own creation.

This show’s importance as a vehicle for diversity and representation as well as a fascinating, compelling, heartbreaking, provocative series in its own right cannot be underestimated. At its core, it tells the story of a young, scared, gifted boy who wakes up after a century-long nap to find that his world no longer believes in him. As he runs from his past and struggles to adapt to the present, he is hunted by the nation that has already wiped out his entire people. With the help of his friends, he now has to learn mastery over all four elements in order to fight back and restore the balance.

Over the course of the series, we’re gifted with episodes inspired by dramatic Westerns, sprawling period epics, Japanese monster movies, grinning buddy comedies, insidious little horror flicks, scathing political satires, and so much more. I can’t name any other series that’s this ridiculously good at send-ups of such wildly different genres and styles. And I include the very best of the best TV shows for grownups in that sentiment.

Avatar: The Last Airbender tackles flashbacks, vignettes, social criticisms and family dramas with equal ease. They pay homage to different real-world religions, ideologies and cultures in a way that never feels preachy, trite or artificial. In one episode, they did a segment that explained chakras better than any lesson I ever received in school.

On top of that, this is a series with an endearing, complex, imperfect and remarkable cast of characters. I find it fascinating and truly laudable that a show primarily revolving around kids can artfully plumb such dark depths without ever feeling heavy-handed or imbalanced. Despite the large cast and sinister presence of two chillingly ambitious villains — one of them voiced by Luke freaking Skywalker himself, no less — the characters never feel underserved or one-note.

Here, people are depicted on the full spectrum of humanity, which is an important facet of world-building that continues in the follow-up series, The Legend of Korra. Between them, the back-to-back shows built around Avatars Aang and Korra drive home a pure, non-treacly message of representation. In the main cast and beyond, they powerfully showcase differently abled and LGBTQIA characters without ever being stereotypical or reductive.

I think one of the reasons I love this show so much is that it doesn’t just emphasize sanitized “feel good” elements of diversity at the cost of depicting the much harsher reality we actually live in. Avatar: The Last Airbender openly criticizes imperialism and the tainted legacy it leaves behind. Watching the show forces you to stop and think about things that we as a society may not entirely be comfortable addressing directly. To take a good, hard look at the true impact to countries and peoples who have had their identities erased or diminished as they’re forced to assimilate into a culture of empires.

This is still a gaping wound in our world today. One with far-reaching implications we have yet to formally acknowledge, for the most part. So these are dangerous waters for anyone to try and swim in. Yet, this “children’s show” still chose to dive right in. They didn’t make it pleasant to watch, either. They didn’t hold our hands but instead held our eyes and our minds, unflinching. They didn’t sugarcoat their critique of imperialism in an attempt to make it easier on adults and children alike to swallow. No, they made it the beating heart of their series and deployed it to absolutely devastating, bone-searing effect.

Their other biggest storyline? Whether one person should violate his beliefs and sacrifice the pacifist identity of his entire civilization by killing someone in order to save the world. Oh, and he’s the last of his kind. So if he breaks his vows, the essence of his people and their non-violent way of life will be lost forever. The only other show that even dares to address a subject like this with such profound depth and nuance is another favorite of mine, The Good Place. They ponder similar questions of morality and choice, especially in the Trolley Problem episode (which is hands-down my favorite Chidi moment apart from his thoughtfully shirtless Jeremy Bearimy meltdown over Peeps chili).

For a Nick show to be batting in the same league as a beloved Dan Goor/Michael Schur creation like The Good Place is highly impressive, to say the least. I’m not ashamed to admit that as an avowed fan of Avatar: The Last Airbender, this animated “children’s show” has made me cry more often than I can count. It has also scared the crap out of me, thrilled me, haunted me, charmed me, cracked me up and eviscerated me. It has challenged the way I think about humanity and culture. I can honestly say it’s one of the most influential series I have ever watched.

Don’t be fooled by the Nickelodeon children’s show label, either. Over the course of their brilliant run, the show covers very real depictions of trauma, PTSD, misogyny, abuse, genocide, poverty, oppression, and other similarly weighty themes. The blood-bending episode was straight up creepy and the Big Brother/Ba Sing Se mini-arc left goosebumps rippling up my flesh. To this day, I’m still excited to watch it all over again.

Unless it’s Dora the Explorer. Who can suck it. Fight me. 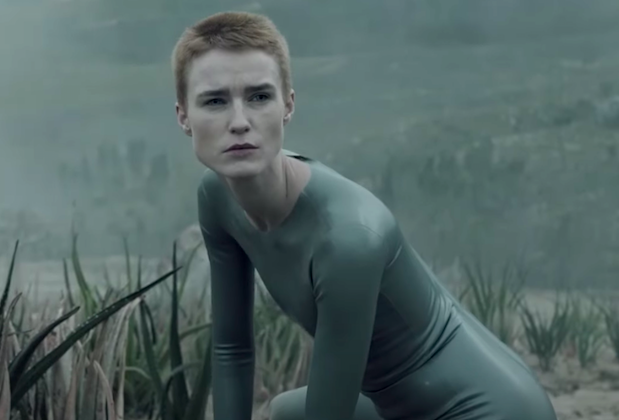 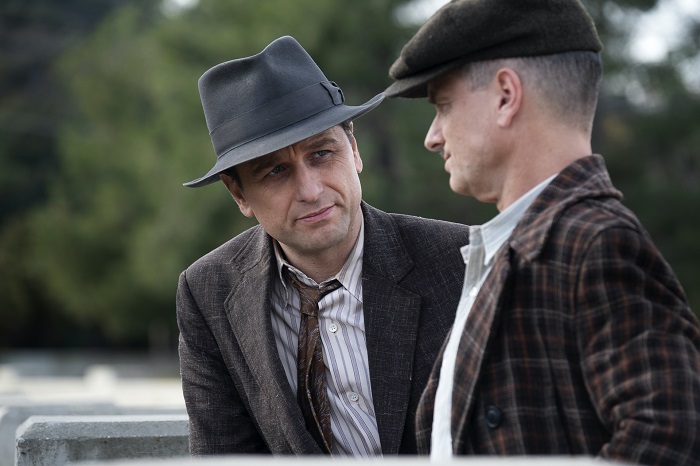 ‘Perry Mason's’ Ensemble Has Long Outshone Its Story, Until 'Chapter 7' Took Aim at the Church and the Police