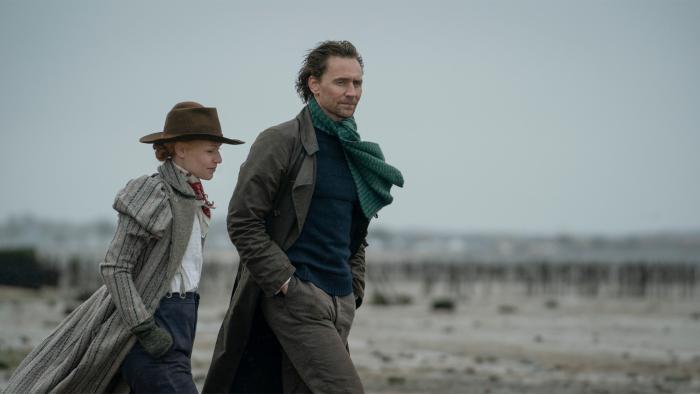 Not Even Tom Hiddleston's Pretty Face Can Save the Mechanical, Plodding 'Essex Serpent'

There’s an alchemy in adapting something that rings so beautifully true in its original medium. Most of the time, a direct blow-by-blow translation of action on the page to action on the screen isn’t enough. You need to have a sense of the spirit of the story and its characters.

Sarah Perry’s exceptional and stunning novel The Essex Serpent is home to a cast of vivid characters wandering through a phantasmagoria of wonder and possibility. Cora Seaborne and Will Ransome, the leads, have tremendous internal lives marked by continual, graceful curiosity and an abiding benevolence that makes them both complex and captivating on the page.

The novel and the series tell the story of the recently widowed Cora Seaborne, an enthusiastic amateur nineteenth-century naturalist who rushes off to Essex after rumors of a monstrous sea serpent haunting the fens and estuaries. She takes with her a servant, Martha (Hayley Squires), and her neural atypical son, Frankie (Casper Griffiths). She’s barely gotten to Essex before she stumbles upon the rugged and endearing Will Ransome (Tom Hiddleston). Cue the bloom of a friendship of kindred spirits and the bloom of something more than friendship, inconveniently blossoming under the gaze of Will’s ailing wife, Stella (Clémence Poésy). The mystery of the serpent unfurls, igniting fear and wariness in the small local community. But the monster’s tale is secondary to the richness of Cora and Will, gradually slipping closer together through mutual understanding and a sense of wonderment and possibility.

While the novel’s brilliant characters obediently appear on screen, faithfully echoing their original counterparts, the on-screen renditions come across as weak facsimiles rather than living embodiments. That isn’t a result of poor performances by any stretch: Danes’ attentive, enthusiastic expression almost sparks with curiosity and excitement, and Hiddleston plays an open-hearted but tenderly aloof father and community leader. It’s just that there’s not much for them to do. Lines are passed patiently back and forth with a dragging inertia that almost feels like reluctance. Who are these people? Besides the functionality of the plot, why have they come together? Even Tom Hiddleston’s pretty face can’t make up for an utter lack of character.

The pacing is slow, and rather than feeling meditative or breathable, The Essex Serpent only feels mechanical, ploddingly carrying the plot forward scene to scene. Whatever electricity the leads’ performances could have lent it is thoroughly deadened.

The novel was always going to be a lot to live up to, especially since so much of its strength comes from the rich internal lives of its characters. Bringing whole passages of private thought rendered in the novel to the small screen is a question of artistry rather than faithfully recreating dialogue. But there’s a passivity in how The Essex Serpent has been brought to the screen. It feels muddied, without the crystalline force that drives the rich web of characters in the book.

That said, for those who haven’t read the book, for whom these are the extent of the characters imagined and realized, the experience might be quite different. Perhaps meeting them in this restrained and patient format has a strength all its own. But my gut says that there isn’t much there for newcomers to latch onto. More engaging than the characters is the spooky myth of a sea serpent haunting the marshes and its strange hold on the townspeople. Were this a story simply about creepy crawlies and shadows under the water, that might be enough. But the show gives the sense that we are meant to be deeply invested in the inner lives of its characters, not just the eerie mystery of the potential sea monster.

The Essex Serpent didn’t live up to what it could have been if the power and craftsmanship of the book had been transmuted onto screen, but it’s still a visually beautiful and well-acted series with a powerhouse cast. In my opinion, it’s still worth a try, if only for the skill of the cinematography and Danes’ and Hiddleston’s presence. I’m still glad Perry’s novel got a swing at adaptation with the resources that it did. The fact of the series’ existence gives me hope for the projects that might come next, with other adaptations like Pachinko staking their claim on Apple TV alongside it.