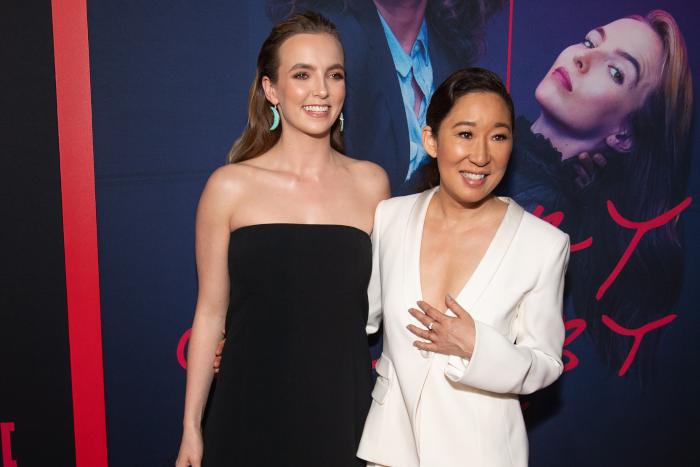 To No One's Surprise, 'Killing Eve' Has Been Renewed for Season 4

Villanelle and Eve’s contentious and sexually-charged relationship is far from over. Killing Eve has been renewed for a fourth season on BBC America (and AMC, which simultaneously airs the show). The news comes a few months ahead of its Season 3 premiere, which is set to premiere on the cable network in the spring. Killing Eve will continue its strange streak of hiring a new showrunner, who have all been historically women, every season.

In a statement (via THR), AMC Networks Entertainment Group president Sarah Barnett had this to say about the series’ Season 4 renewal, which doesn’t come as a surprise considering the show’s popularity:

“How could we not have massive confidence in Killing Eve? It has won big in every major award show and is the highest growing show on U.S. television for six years. The reason for this series’ emphatic embrace is the brilliant women who breathed it into being: Phoebe Waller-Bridge, Emerald Fennell, Sandra Oh, Jodie Comer, Fiona Shaw and it’s fairy godmother, executive producer Sally Woodward Gentle. Season 3 lead writer Suzanne Heathcote takes Eve, Villanelle and Carolyn to places more thrilling, twisted and surprising than ever. Our addicted fans will not be disappointed.”

Killing Eve made a big splash in Season 1 and viewership rose tremendously in Season 2. The drama was a tantalizing thriller that went to unexpected places and series leads Sandra Oh and Jodie Comer have delivered over and over again. Their chemistry is fire, the acting top notch, and the storylines have been so good thus far. Hopefully, Killing Eve can keep up its momentum into Seasons 3 and 4.